There are several men out there who are only interested in you keeping them accompany. Of course, you will believe you’re dating and you’re in a relationship with him, but in his mind, you’re just keeping him accompany.

You may have been promised heaven and earth but when it gets to some certain issues, often times, he will switch the topic to another topic in which he will be more relaxed. 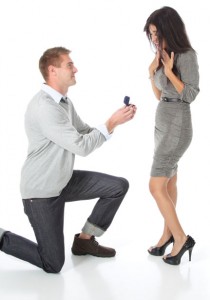 If you’re not the type that really observe this trend, and allow him to always have his ways, in diverting important issue like marriage to another less important issues, such as taking you out to fast food joints, museum, and other recreational centers. You’ll remain in such attachment for many years to come.

Until you will one day stand your ground and determine to know, why he is always changing marriage talks to other less important issues, you may never get married; he will just waste your time.

You as a woman don’t have much time to waste because, when it get to certain stage in your life, you may lose those charming beauty that get more men attracted to you. He might even decide to dump you when he sees that you’re already getting old.

So, how do you know if a man is going to marry you and not a time waster?

I will be sharing with you 3 sure ways to know is a man is a marrying kind, there may be other pointer to prove that, but these three will give you a clue of how any guy will welcome the issue of marriage and get set for the preparation in earnest.

1. A marriage minded man will always be positive about marriage

At any time you raise the issue of marriage, a marriage minded guy will surely speak positive of it as well as other people’s marriage.

He will be open to such discussion and how both of you can quickly find ways to get it settled. On the other hand, if he speaks negative of it and condemn other people’s marriage, be sure, he’s not the marrying kind of man you want.

If he’s seeing marriage troubles rather than the benefit, he’s not a kind of man that will accept marrying you even though; he may profess it with his mouth. He is never going to be committed and you should just gently find you way and get out of his life before he waste the good part of you

2. Getting along with woman is not his problem

Don’t wonder away with what is being written up there, what that statement really mean is that, a marriage minded man will trust women in general.

This kind of man is the one who have had a positive relationship with woman in his life, from his mother to elder and younger sisters. He finds it easy going with his female friends as well as female co-workers.

He has developed the necessary skills to maintain healthy relationship with woman. These men have a greater understanding of women, or at least have come to peace with gender differences, and are less likely to see women as the enemy.

3. A marriage minded man is ready to settle down

This kind of man has passed the stage of life where all he wants is just the fun and freedom of relationship. I’m not saying here that, the man does not value freedom and fun in relationship but what I’m trying to put across is that, he does not take them as his main focus in the relationship.

He will think of finding a soulmate rather than just the fun dating someone. He will be more interested in building a home. On the other hand, if a man jokes about marriage and often advice people to value their freedom above woman, just be sure he’s not the type you need, he’s not of the marrying kind.

That is it, the 3 sure ways to know if a man is going to marry you, if in all what you observe about, it fall short of any of these 3 ways above, you will need to redefine your relationship with such man.

If you enjoy this post, I will want to hear from you, what you think, what was your experience with some of these men that don’t want marriage for now but to just enjoy the freedom and fun of relationship?

Do me well also to use of any of the social media icon below to share this message; it could be the facebook like. I will appreciate whatever you decided to do. Waiting to hear from you at the comment section below.