Every individual has unique traits that distinguish them from others.  For the sake of this write up, we will be looking at certain unique traits women should have.

For men out there who are considering going into a relationship, these unique traits should be looked for in the women they want to be in a relationship with.

To enjoy your relationship with the woman you intend dating, do ensure you look out for the following unique traits written in this article.

No human being is perfect and it is not expected that a woman have all the unique traits but she should have at least most of them.

She should be caring:

This should be the nature of every woman who intends being a wife and a mother. So as a man, you should be sure the woman you are in a relationship with has this quality.

If she doesn’t have this trait, you will not only suffer it but others around you will too.

A man always knows if a woman is caring by the way she handles him and treats him.

A woman who is caring will not only look after you but also look after the people that matter to you.

She should be loving:

I do not think there is any man on earth who doesn’t love to be loved. If a man loves a woman and that love isn’t reciprocated; then there will be friction in that relationship.

A woman should be able to show a man that she loves him by the way she behaves towards him.

She should be respectful:

Men have their ego and as such if the woman they are in a relationship with disrespects them in any way; I assume such a man wouldn’t be happy.

All women should have this trait and assume this role in their relationships.

Of all the unique traits, this is very important because it reflects how much a woman values the man she is in a relationship with.

If she has high regard for him, she will give him the respect he deserves no matter what.

Men should consider this trait important in their relationships because if the woman disrespects him then she can also disrespect any other person regardless of whom they are.

She should be able to cook: 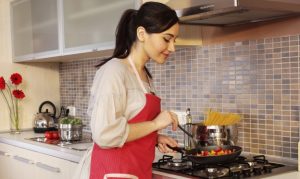 Some women are known to be good cooks while others are fairly good at it.

If the woman you are dating knows how to cook even if she isn’t an expert in it; it is still better than a woman who doesn’t know how to cook at all.

As a man, it is better you find out early enough if she has this trait so that you won’t be caught unawares when you least expect it.

She should be romantic:

Now I am not saying a woman should be more romantic than the man she is dating but rather there should be a balance from both sides.

Both of them ought to have their romantic sides but women who are more subtle should possess this trait even more than men.

So it will also be nice if you can look out for this trait because if she is boring and unromantic, your relationship will equally be boring.

Being romantic adds spice and flavor to relationships and as such is needed.

She should be supportive:

Men like it when women support them in whatever they do so this is definitely one of the unique traits that should be dominant in women.

A supportive woman will not only make a man feel at ease on issues but also puts the mind of the man at rest since he knows that he has someone who believes in him and his dreams or visions.

These unique traits are really important and should not be taken for granted. These traits differ in most women but if the woman you are in a relationship with has most of them, then consider yourself a lucky man.