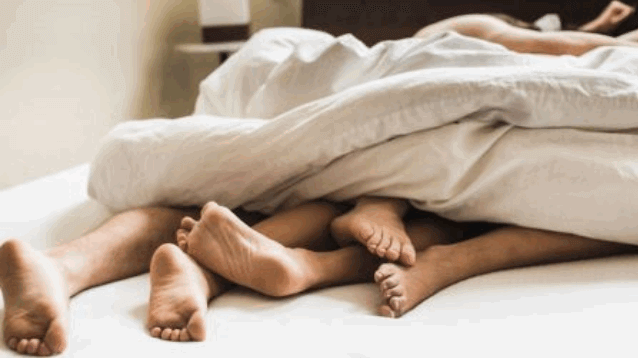 Threesomes – the sexual experience that everyone dreams of

Most people never decide to materialize their sexual fantasies. In general, however, it can be said that young people and those aged 40 and over are involved more in sexual experimentation, including threesomes. It is known that sex can become stale after 40.

How and who to invite to your bed?

If you have already made it clear that you both want to try it, then the only thing you lack is the third person. Agree in advance if it should be someone you know or a complete stranger. Often, choosing someone you know is easier and safer for you and your friendship.

For most men, it is almost inconceivable that they should be in bed with another man and share a partner with him. Much more often, couples have threesomes in the presence of another woman.

It is generally more acceptable for women to cuddle with a friend than with a stranger. So if you are going to take another woman under the duvet, she should have at least a little lesbian appetite so that she can loosen up with both the man and the woman.

Pros and cons of the third in bed

– loss of intimacy in a relationship

Young Alex comes to college to spend the next few years of her life. But there is a small misunderstanding. Thanks to her name, Alex considers the school computer a man and assigns her a common room with two students. The computer is never wrong and Alex is powerless against his decision. They come to terms with their destiny and soon complex relationships begin to develop between the three roommates. Stuart longs for Alex, Alex longs for Eddy and Eddy – he’s not sure yet what his sexual orientation is.

Try to introduce your wife to your mistress. You will have a lot of fun. Maybe. Julian is a handsome and successful college professor who is happily married to Chalice. But a beautiful student from Spain, Elena, gets involved in their lives. Julian falls madly in love with her and cheats on his wife, though he doesn’t like it. He therefore decides to carry out a crazy plan and convinces his wife that they could try a threesome. Of course, the third person is Elena. Chalice agrees, but things are not going as Julian had originally expected. He starts to feel like he is the fifth wheel of the car.