Arguments are common in all kinds of relationships. According to Sandra from My Sex Toy Guide, arguments are healthy. “Arguing in a relationship means that you’re are expressing yourself and not harboring your feelings inside.” However, if you’re always in disagreement and never seem to come to a solution, the arguments might lead to fights and eventually, separation. 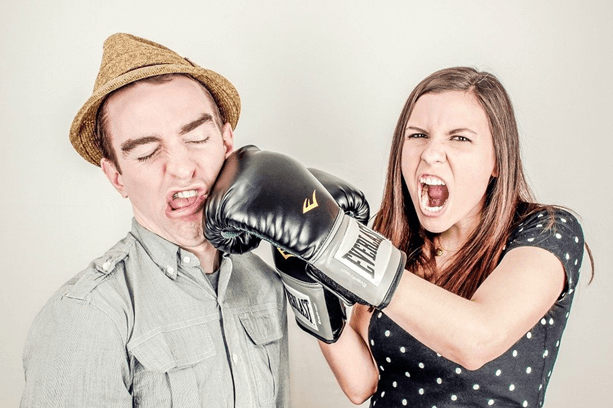 And while the cause of the fights might seem petty to an outsider, it’s the people who are closest to you that can trigger you most emotionally. In most cases, it’s something small, but the fact that it’s a repeated action and your partner’s neglect in doing it despite their knowledge of your reaction makes it even worse.

Sandra holds that every partner brings with them a few traits that contribute to arguments in a relationship. “Whether it’s early attachment patterns or psychological defenses, getting along with your partner means understanding their personal history and reaction triggers.”

Luckily, there’s a lot of things that we can do to handle arguments and fights better. Some of the efforts that can help you stop fighting so much and remain close with your partner include:

As stressed before, disagreements are normal in a relationship, and if anything, they show that both partners are ironing out their differences instead of hiding them from each other. So, even before a disagreement happens, or even after you have the first one, we recommend creating boundaries for a fight.

Discuss and agree on when a fight becomes personal and hurtful. Sandra recommends always sticking to the issue at hand, regardless of how furious you might be. “Once one person starts attacking the others’ character, the disagreement turns into a whole different war.

So, stick to the main issue and avoid yelling, swearing, or talking over each other. All these actions redirect the attention away from the important issue creating a toxic and unsafe environment for a healthy conversation.

2. Take Some Time Off

Most of the time during a fight, people say and do things that they wouldn’t have done otherwise. With the temperatures flaring, your thoughts and emotions can become cloudy. If an argument becomes heated, Sandra recommends taking some time off to rethink things again.

If it happens at night, go on and sleep, and most probably, the issue will seem less important in the morning. Moreover, you’ll have enough time to look at it from a different angle so you can discuss it more soberly in the morning.

While taking some time off is recommended, make sure you don’t overdo it. “The longer you take building a wall, the higher it gets, and the harder it will be to bring it down. Right?”  Says Sandra. So, make sure that you come back soon, ready to open up, and hear your partner out. According to Sandra, anywhere between 12-24 hours is good. “Taking forever to resolve a conflict might make it even harder to patch things up.”

3. Have an Honest Conversation and Be Receptive

Whenever there’s a fight, both partners must sit down and have an honest conversation. Disagreements will always occur, but it’s how well you handle them that makes the difference. During the seat down, shift your focus to being more attentive and understanding.

Avoid being defensive and reactive. Regardless of how ‘petty’ the argument might sound, approach the conversation with an open mind. This allows your partner to express him/herself fully thus fostering better understanding.

According to Sandra, “having an open mind creates a gateway to avoid similar arguments and fights in the future. Make sure you’re relaxed and in tune so that you can better connect with your partner.” The emphasis is to understand each other’s likes, dislikes, and reactions.

4. Remember Why You’re In The Relationship

As relationships get older, some partners might feel the burden weighing them down, especially if there are constant fights. At this moment, it’s important to remember the good times and what you love about you’re your partner,” says Sandra. Regardless of how chaotic the relationship might be, looking back to the good times gives you something to fight for.

If the conflicts become more constant and you’re feeling lost, Sandra recommends going for couple’s therapy. Therapy allows you to learn more about yourself and your partner. With the help of a therapist, you can hear and identify some of the problems that you might be missing. A good therapist will be brutally honest, strategically outlining problematic behaviors and suggesting ways to work through arguments peacefully. So, if you’re willing to save the relationship, couple’s therapy is an ideal route to take.

And that’s it. Arguments and disagreements are part and parcel of most relationships. However, how well you resolve the conflict determines how healthy your relationship is. So, set some boundaries, take some time off, and be honest with each other. Most importantly, remember why you’re in the relationship, and if you have to, go for couple’s therapy together.