It’s definitely not abnormal for teenagers and preteens to fight with their parents. You see examples of this kind of relationship all over pop-culture. In movies and sitcoms, parents and teens share a simultaneously loving yet bumpy relationship often. In reality, however, these common conflicts can lead to much more negative and harsh emotions.

A child, no matter how old they are on the scale, can wind up resenting a parent that fights with them often. This emotion can last with them through their adult years if they continue to believe they’re in the right, and this can create turbulent, volatile adult relationships – both with their parents and others.

Parent-adolescent bickering will never fully go away, but it’s important to look at these conflicts objectively. When you understand why they occur, you also better understand how to make them stop.

A Lack of Understanding 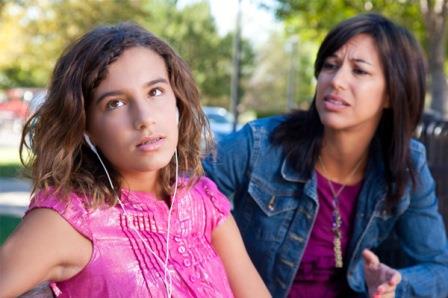 Say you have a child at 22. This effectively means there will always be a ~22 year age gap between you and your child. This creates a very large gap in your capability of understanding and remembering the emotions you went through as a child in order to put your own child’s emotions into perspective.

When your child is 8, you’ll be 30, and these numbers are very different. Your understanding of the world, how it works and concepts like severity and reality are much more evolved. Compare someone who is 30 and someone who is 8 – do you think they have the same understanding of how large a problem really is, or what the best way to handle a situation is?

The answer is no. Assuming your children should simply know all of this life experience right off the bat is one reason conflicts arise. This only becomes worse as they grow into adolescents with more heightened hormones.

Being a parent can sometimes be a power trip. You can tell a teen to clean the whole house and punish them if they don’t – and that can be something some parents get a little drunk on. 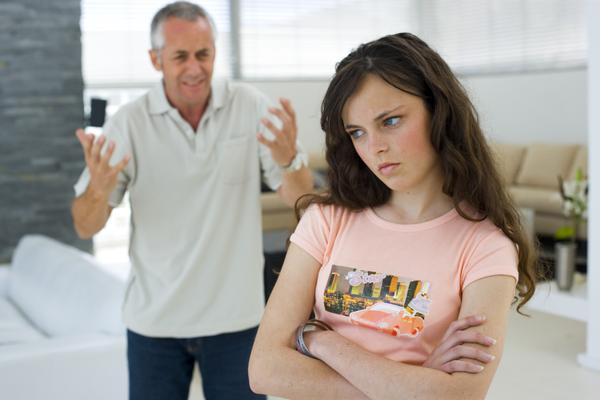 This is the kind of emotions that come up when a child asks to do something and your immediate reaction is no. What you say goes and there is no questioning that power that you hold. While your denial may be reasonable, you set the tone for how volatile this conversation gets.

Instead of sending them a message of flat-out rejection, turn it into a conversation. Make it a discussion – this means that there are two people talking about the request instead of just one person deciding with no communication.

Sometimes the cause of a conflict is one that’s hormonal. Adolescents are constantly going through changes with their mind and body, and these changes can make them rather testy. A simple phrase can set them off because their mood is very fragile thanks to hormones.

When dealing with an adolescent as a parent, it’s again important to put your own adolescence into perspective. Did you act the same way as a child? Why? Because you did it, is it not reasonable that they’re doing the same thing? If so, how can you punish them for it?

While a person should always be responsible for their actions, teens also have a hormone war raging inside of them. Take this into consideration during any particularly nasty conflicts.

Say that you’re the parent of an adolescent. You just told them they weren’t allowed to go out with their friends for the weekend and their reaction wasn’t exactly stellar. They’re mad, screaming and yelling at you, and they’re also throwing in some door slams for good measure.

What do you do?

The common human reaction is to of course return the reaction with one of equal intensity. As a parent, you can’t do this. You are the adult in the situation, and it’s up to you to set the tone of the atmosphere. Don’t start screaming and yelling back. Stay calm and collected and stand your ground through tonal intensity, not reactive intensity.

You’ve experienced likely everything your adolescent is going through, and thus you want to save them from any bad decisions they make. While your intentions are good, constantly policing their life when they’re at an age where they want independence is going to turn into a war you can’t win.

Even though you may be right on an issue, it’s important to settle the situation where you’re happy, not where you’re right. Your adolescent should be allowed to make some mistakes, as long as they aren’t incredibly risky.

Adolescents and teens very much want to be considered a person and not a child, but parents who consistently don’t look at them as such feel like they’re justified in their reasoning. This circles back into creating a dialogue instead of handing down a verdict. Have a conversation, not a shouting match.