One thing I do know is that men equally commit relationship blunders that affect their relationships and places them in a not so good position with their partners.

Do you sometimes wonder what makes the woman you are dating suddenly angry with you?

Or do you wonder why her attitude towards you changes while you think you haven’t done anything wrong?

Well, the question is have you been showcasing some relationship blunders recently?

If yes then that is the reason why.

If you are still wondering what I am talking about then find out what some of those relationship blunders are.

Imagine how long it takes for a woman to prepare for an outing.

She has dressed up looking so nice so she can look appealing to you and what do you do? You don’t even notice that she just made her nails or change her hair do.

This infuriates a lot of women who have spent time on themselves trying to look good for you.

Not paying attention when she speaks: 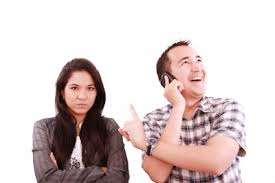 This is one of the relationship blunders that is so annoying.

When women want to explain something that is important to them to you, they do it with so much passion.

So imagine them narrating to you and you either act like you are not interested in what they are saying or you cut them off and change the topic.

How do you expect her to feel?

Speaking highly of someone else in her presence:

Women get jealous a lot and they’ll be more jealous when you speak highly of another lady.

It might feel normal to you but to her, you already appreciate someone else more than her.

You don’t understand her:

This is also one of the relationship blunders men commit a lot.

A woman wants her man to totally get her even though their actions sometimes don’t make sense to them.

They way women feel and react to certain things is sometimes hard to comprehend but if a man fails to understand her then it’s a problem.

If a man cannot easily tell when she is not happy or when she needs his attention then you know he is in for trouble.

You don’t appreciate her:

If you fail to acknowledge when she does something nice for you, she will feel bad.

I know she is your babe and should do things for you but know that everyone likes to be praised.

No matter how little what she has done seems, let her know you appreciate her.

If you don’t, she will wonder if she should do it again.

Not saying “I love you”:

I don’t believe there is any woman on this earth who doesn’t love hearing these three letter words.

If a man fails to utter these words from time to time, he is committing a huge blunder.

Keep saying and saying it until she is almost tired of hearing it.

Not telling her everything:

I know it can be hard at times to tell your partner every little thing that goes on with you but this is exactly what she wants you to do.

If you do not open up to her so she is aware of happenings in your life, it can pose a serious problem.

But often times men end up leaving out other important details either intentionally or otherwise which makes women angry when they find out.

This is one of the relationship blunders that affect women emotionally. 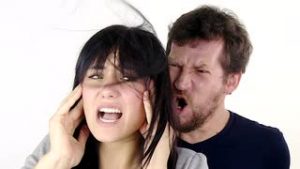 No woman wants her man to correct her in public and so doing this to her would make her feel less confident.

No matter how angry a man is with his partner, he shouldn’t express it for others to see but rather do that in closed doors.

Women can be tough but also fun to be with. Avoid these relationship blunders and you are bound to enjoy your relationship.