Often times, there are relationship blunders women commit that affect them or their relationships.

Relationship blunders can be verbal as well as non verbal. It all depends on the effect it has on your relationship.

It may be knowingly or unknowingly but whichever the case, it’s ideal to state what they are to avoid future wreckage of relationships.

The relationship blunders women commit are: 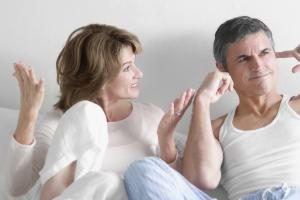 Some women do not know how to filter words before they utter them which has led to break ups in some relationships.

They talk anyhow without knowing the effect it has had on the person they are talking to.

In life everything should be done moderately and that includes speaking.

If you feel you are in a relationship and can say anything you like the way you want it then you need to be cautious.

Your partner is human and can also get offended.

This is one of the relationship blunders women commit that leaves them regretting their actions.

How can you assume that he is going to marry you when he hasn’t even popped the question or talked about it?

How can you assume that you are already part of his life just because his family members and friends like you?

One virtue anyone in a relationship should have is patience.

Most of the time, people are not patient enough and so in efforts to getting what they want, they hurry and end up losing it.

A lady I know once asked the guy she was dating after a year if he was going to marry her and the response she got was that he had not yet discussed marriage with his mother.

The lady in question felt embarrassed and this is what led to the break up because the guy was not ready to discuss that.

When a guy notices you are too forward in most things that is enough to dissuade him.

This is also one of the relationship blunders women commit.

In relationships, there will be times you both have disagreements and there might be times you feel your partner is no longer worth it.

Maybe because of financial reasons or certain situations that arise which might make you act in ways he may not like.

When things don’t go the way you want them to, it’s possible to act in certain ways you might regret later on.

This act of yours can end your relationship.

Neglecting to contribute to your relationship:

Some women just believe that in a relationship, they alone should be at the receiving end.

Such women rely on men for everything and feel it’s not their duty to contribute as well.

This kind of blunder can discourage a man from going further with the relationship.

No man wants a liability for a partner neither do they want a gold digger in their life. 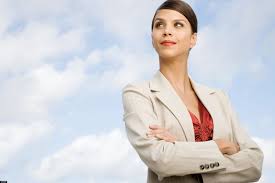 It gets to a point in a relationship one feels like they are just too important and cannot be done without.

It’s not a bad feeling but it becomes bad when it translates to pride.

If this gets to your head, you might start behaving irrationally towards your partner which may upset him.

Women commit this relationship blunder and end up pushing their partner into the arms of another woman.

Comparing your man with another:

This is one of the relationship blunders women commit that men do not like.

Why compare your man with another? If you start doing this then you are obviously not happy being with him.

And believe me when I say no man wants to ever experience this.

He may start doubting your love for him and also doubt the sincerity of your relationship with him.

These relationship blunders are committed all the time by women so if you do not want the same to happen to you, be careful.

These tips should be able to guide you.