Now the kids have started coming in and they are growing up faster than you could imagine. The real tests of parenting children are on the family right now. Positive parenting that helps spare the rod is what you will be looking toward now. As children are growing up, they tend to be getting you annoy for certain things, ordinarily parent will just ignore some of these children behaviour and try as much as possible to teach them what is good and what is right. 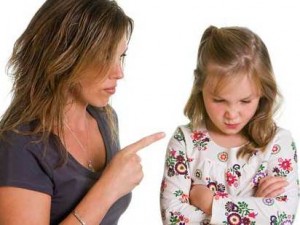 Disobedient ones get spanked, to learn not to do some certain annoying things that he/she may have been doing repeatedly over a period of time, and not listening to correction. Parenting is not an easy task, everyone who has gone through it will tell you how interesting parenting is but not an easy task anyway.

So, what are the positive parenting that helps spare the rod?

I will want to first take you to the origin of the phrase “Spare the rod and spoil the child” many believe this phrase comes from the bible. This phrase does not originate from the bible, though there is a similar phrase in the book of Proverb: 13:24 which says “Whoever spares the rod hates his son, but he who loves him is diligent to discipline him.” So where does it come from? Well it turns out that it’s from a 17th century poem by Samuel Butler called “Hudibras”.  In the poem, a love affair is likened to a child, and spanking is commended as a way to make the love grow stronger.  The actual verse reads, [accordion auto_height=”true” ui_theme=”ui-smoothness”][accordion_panel title=””]“What medicine else can cure the fits Of lovers when they lose their wits? Love is a boy by poets styled. Then spare the rod and spoil the child.” [/accordion_panel] [/accordion]

Time Out Discipline: This will be better expressed with illustration; you have a child that is like 4 years old, whenever she wants something and you say “no”, this child don’t want to know where you are, whether at home or supermarket or even friend’s home. She will scream, scattered things until she eventually wear you down. She has learn how to push your button with her negative action which ordinarily some parent would have whipped her for such negative action, so that she can learn not to be doing such thing again.

What you can do here as positive parenting that helps spare the rod, is to create a temper tantrum zone for her. Whenever she starts with her negative action again, take her to the zone. Allow her to scream and does whatever that pleases her, don’t give her attention but just monitor her with one eye, you can find something doing at that time, maybe let say get a magazine and start reading it, watching her with one eye. Why you need to watch her, is to intervene or prevent her if she wants to hurt herself.

When you use time-out to discipline children you are taking negative attention away. That is, you are not spanking or yelling. When attention is taken away however, it needs to be replaced somewhere else. You might try going out of your way to give her attention for all the good things she does; thanking her because she has learnt not to be screaming whenever you say ‘no’  or telling her what a great job she did putting on her own socks and shoes. If she’s getting enough positive attention she won’t need to seek it in a negative way.

Take Privilege But Not Right: You should be able to distinguish between privilege and right. The basic need of children are their right, it important for parent not to withhold this basic need like shelter, food, clothing, schooling, and children welfare. Given children extra money after the normal feeding money is a privilege, a trip to the ice cream parlor, watching a cartoon show on television or having a set of crayons are all fun but not essential to his daily growth. These are privilege and not right.

Now when a children misbehave, or does something wrong that warrant spanking with rod, you can decided to take away some privilege he or she enjoy. You can decide to switch off the television for 3 days or stop him from watching cartoon for 4, 5 days or even one week. Let him be aware of the reason why you decided to ban him from watching cartoon on TV. Children generally have short memory, if you take away the privilege for 2 days instead of the 4 days you promise him. It is possible for him to forget that he didn’t watch cartoon for 2 days.

Ensure that you follow strictly with the numbers of days you promise them, no compromise else you will be taken for granted when next you promise to withdraw privilege from them. Don’t even give them the option of “if you do it once more,” if you do that, you’re only inviting them to do it at least once again.

So, taking away privilege from children, to teach them lessons, often help rather than whipping their bottom as a corrective measure.

Discipline children these ways, will require consistencies from the part of the parent and the children must learn from it. The children must understand that you’re trying to train them to change their behaviour.