One Of The Terrible Sin Most Woman Commit In A Relationship

Would you believe me, if I tell you that, there is this terrible sin, nearly all woman commit around their men when in relationship.

See, this terrible sin, I can tell you that hundreds of millions of women commit it every day against their men. And the funny thing about it is that, most women never know that, they are committing such sin. I’m not so sure, if you too is not committing the same sin, but before I let you know about this sin, I will love to share a story about it with you, so that you can fully understand why it is a terrible sin 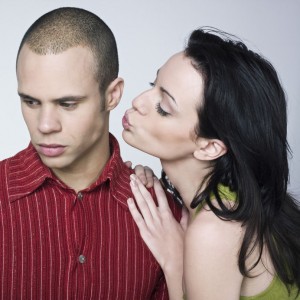 The story is about Marabella & Frank. They have been in a relationship for the last one and half years now. The relationship has been like it was made from heaven, well connected and everything was going well for both of them in their relationship. But lately things aren’t great as they use to be, the situation is changing. Marabella is very worried about this situation, she sense that, Frank is no more that man he used to be, something has gone wrong completely with him, he’s not open to her as the way both of them will talk and talk anymore.

She started missing the day, when everything were going rightly, where they will share their joy and  pain and even laugh over them, that genuine connection has been lost.

Marabella has decided to live a life of quietness with desperation because Frank’s attitude is never cleared to her anymore. She is feeling a lot more out of control, and spending her days in constant fear and anxiety. She really wants to know what is the problem with Frank, but lack of communication from Frank is making things worse. She is just miserable now and misses their closeness, but in all of these, it seems Frank doesn’t even care.

She is wondering if it’s something she has said or done which is causing this? She can sense this huge gap in understanding and a giant invisible wall between herself and Frank. But there is an even bigger fear which is freaking her out, she fears that maybe Frank is thinking of breaking up with her. She fears that maybe he is doing things behind her back and has someone else in his life. The very thought of imagining Frank with another woman makes her feel this ugly feeling in her belly, her heart starts to beat faster and it makes her feel literally paralysed.

Have you ever felt like this around your man? Have you ever felt that dreadful feeling in your gut when you didn’t know what was going on inside of him and you feared that maybe he was thinking of how to quit the relationship?

It is possible you may have faced such similar situation or maybe you have not…..but I bet you can relate to that nasty feeling that appear when you don’t understand your man.

The facts remain that, hundreds of thousands if not millions of women, go through this feeling on a daily basis. But do you know what is responsible for this? It’s because most women commit this terrible sin in a relationship which completely ruins their chances…

Want to know what this sin is?

I will let you know it right now; please listen attentively to this…..

This particular terrible sin is…… Not Knowing How The Male Mind Works.

I bet you’re wondering – huh? This isn’t really a sin.

Yes it is and let me tell you why it is a sin. It’s a sin because not understanding how the male mind works will always lead you into relationship issues and problems, you will always find yourself confused and frustrated. Tell me what else sin does?

And it’s unforgivable because it can completely ruin a happy relationship and often times can lead to a painful divorce or a breakup which could have been avoided, if you understand how men thing. Not understanding the male psychology can send you on emotional trauma for days on end, and you will be uncontrollable because of it. It is without a shadow of doubt, ONE OF THE BIGGEST MISTAKE ANY WOMAN CAN MAKE WITH A MAN.

This can be the devastating kiss-of-death to your relationship unless you do something about it right now. Follow this link right now & watch the video on the next page till the very last minute… Watch the video here; How to Read a Man