The notion of eating moringa leaves in any form would have been detestable to me as a teenager or as a young dude in my early twenties. Then I could eat anything and still remain rake thin. I was so skinny you wouldn’t be wrong to think I was in a weight-loss competition with a skeleton. I guess a high metabolic rate, coupled with too much physical activities accounted for all that. I could eat anything and get away with it. So why bother about something like moringa when I can have any any junk food within a city block without any adverse effect. 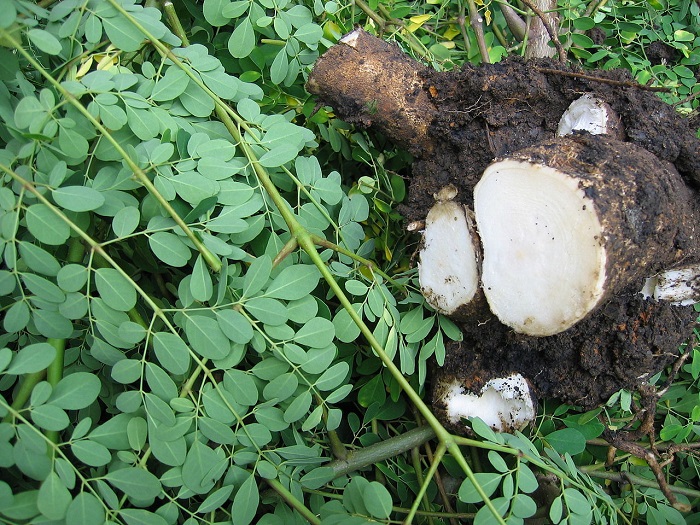 Looking at me now, all fleshy in the right places (well, except for that bulge around my mid-rift) you wouldn’t believe this is the same old dude. And you wouldn’t believe I now spend valuable time researching and eating healthy foods like moringa. I first saw the effects of moringa leaves when a friend ate more than was advisable. And on an empty stomach too. She spent the whole day camped very close to the toilet. The stomach cramps were epic. The diarrhea was on a mission to remove every internal organ in her body. Gosh, I’ve never seen somebody so dehydrated.

The solution was just time. Just give the moringa time to do its thing. The lesson I got from that frightening experience was simple: too much of everything is bad. Moringa leaves are actually good for purging your intestine I found out later. But taking too much is like overdosing on laxatives. At this point, I am sure you want to know more about moringa leaves and the benefits of eating them.

If you have never seen moringa before, don’t go thinking it is one of those exotic plants you’d have to order online from a remote Asian country. For the uninitiated, moringa, also known as drumstick, is more common than you think. It is called zongale in the north, ewe-iye in the West and okweoyibo in the east of Nigeria. It is not very expensive. You can get it by going to any popular market close to by and asking for it.

Moringa is a flowering plant common in parts of Africa and Asia. There are several species of the plant but the most common is moringa oleifera. Some people sell it in powdered form. But we are talking moringa leaves here. So we would stick to leaves. 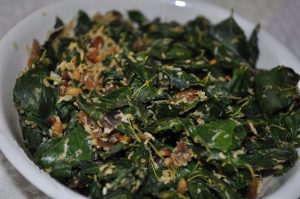 It is not for nothing that the plant is sometimes referred to as ‘the miracle plant’ or ‘the wonder tree’. It is such a wonderful plant that all its parts are useful. Thus, apart from the leaves, the bark, roots, seeds, flowers and pods are all rich in beneficial nutrients and antibodies.

The health benefits of moringa are so numerous an article won’t be enough to do justice to the topic. In subsequent days, we would look at how moringa can be used in managing problems like HIV/AIDS, acne, high cholesterol levels and so on.

If you love eating spinach because of its high iron content, you would do well to switch to moringa. The leaves have 3 times the iron found in spinach. Apart from that they are also rich in Vitamin A, also known as beta-carotene, which is good for our eyes.

You might be thinking moringa leaves is just another diet fad. It is not. They have been used by many communities for a long time. They became popular in the last few years because we now live in the information age. The magic of moringa was always there. We just needed people to point us in the right direction.