When we think of eating disorders, we typically think of them as a female problem. However, men suffer from these illnesses, too. In fact, according to the National Association for Males with Eating Disorders, men and boys account for at least 25% of all cases of bulimia, anorexia and binge-eating disorder. Keep reading to learn more about eating disorders among men, including information on causes, symptoms and available treatment options. 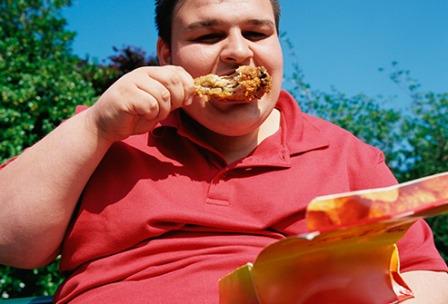 In both men and women, eating disorders typically stem from a dissatisfaction with one’s appearance. Whether a man thinks he’s too fat or too thin, an unhealthy body image often results in poor self-esteem, which can manifest in the form of an obsession with food and/or exercise. In turn, an obsession with food and appearance can lead to eating disorders, body dysmorphia and other mental health issues.

Eating disorders often differ among men and women in one crucial way: while women typically develop eating disorders in an effort to lose weight, many men use binge-eating and extreme exercise as a means of gaining weight and building muscle. This is because of societal pressures placed on young men to be strong, muscular and athletic, whereas young women are pressured to be thin. Binge-eating disorder is especially common among young men, and is associated with complications like obesity, type 2 diabetes, heart disease, high blood pressure and more.

A number of factors can put boys and young men at risk for developing an eating disorder, a few of which are listed below:

The signs and symptoms of eating disorders can vary, but often include the following:

While men are certainly not immune to eating disorders and other body-image issues, they are less likely than women to seek professional help. However, failure to seek treatment for an eating disorder can result in severe complications, some of which are life-threatening. Thankfully, eating disorder treatment for men is available, and typically includes methods like the following:

Eating disorders are not gender-specific issues. Thankfully, though, effective treatment is available, no matter your sex or gender. If you or someone you know is suffering the effects of an eating disorder, get help today, and get the ball rolling on a healthier, happier future.