Whenever I hear of such topics, it upsets me and what makes me even angrier is when I hear or see such actually happen in relationships.

Constant beatings in a relationship can lead to a lot of things such as depression, low self esteem, demoralisation, injury and sometimes death.

It would amaze you to know that so many women are victims of constant beatings from men and this is just so sad.

I once witnessed a man beating up his girlfriend whom he had dated for seven years.

Obviously he had been beating her up and what I witnessed was just one out of so many others.

After beating her, he threw her out of his house and broke up with her saying the seven years they had been together was a total waste.

Can you just imagine?

If you are experiencing such treatment in your relationship, there are certain signs to look out for so you know when to quit that relationship.

Do you feel low self esteem?

If you get constant beatings in your relationship and it gets to a point where your self esteem begins to diminish then it’s time to ditch that relationship.

If being with your boyfriend makes you feel less of yourself then you need to quit that relationship.

Do you feel sick often: 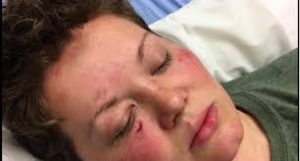 If you get constant beatings from your boyfriend, there are times you will surely feel sick.

For how long do you think you can stay with him feeling like that?

Is it till you are almost at the point of death you will then decide to leave him?

Does he speak to you anyhow?

A man who beats you regularly will definitely speak to you the way he likes.

If a man no longer has regard for you then what’s the point of still being in that relationship?

I see a lot of women stay in relationships where they get constant beatings all in the name of love and it depresses me a lot.

Where is your pride? If a man cannot respect you then he does not deserve to be with you.

Do you have fear in your heart? 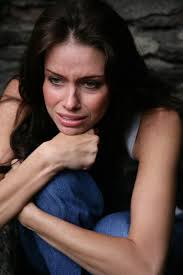 Does the mere sight of your boyfriend instill fear in you?

If you always feel this way around him then it is time to ditch that relationship.

How can you be afraid of someone you love? It is unheard of.

Do you fear for your life?

If you feel that your life is in danger as a result of the constant beatings you have been receiving then you need to get out of that relationship.

Being in a relationship with someone you love should make you feel loved and safe and not the other way round.

I believe your life is more important than any love you feel for someone.

If you lose your life for the sake of love, who will you blame?

Does your partner hate you?

If you keep getting constant beatings, it is obvious your partner hates you because if he loves you he won’t even lay a finger on you no matter how angry he is with you.

Do you feel you can’t get anyone better than him?

Sometimes the reason ladies still remain with men that beat them is because they fear they might not find someone else to love them.

Some even fear being alone.

If these are your reasons as well, it is a wrong notion and should be dealt with.

I do not believe ladies should endure constant beatings in a relationship all in the name of love.

If you can therefore relate with these signs then it’s the right time to ditch that relationship as no woman deserves to be constantly beaten by men.