For a lady, being jealous is not planned but most of time a reflex action. It always seems like when you realize your boyfriend is talking about another lady, something just springs forth from within you that gets you angry and jealous.

When ladies are in a relationship with the man of their dreams, they tend to get jealous over a lot of things. Some of those things your boyfriend says are:

“That lady is so pretty”:

As a guy, if you have a girlfriend and you mistakenly utter these words for your girlfriend to hear, you are in for trouble. This is one of those things she does not want to hear from you at all. Are you trying to say she is not as pretty as the other lady?

This is the question that will first pop up in her head which will make her more self conscious.

To her, she is the only one you should admire and praise and you should not even bother complimenting other ladies. This is what she wants from you and so doing otherwise makes her feel jealous.

When a guy says this it makes his girlfriend feel less confident in herself and she begins to wonder what special gift the other lady has that she does not have.

One thing men should realize is that everybody is different and so your girlfriend cannot be exactly like someone else. You should appreciate her for who she is and not compare.

“Her dress is lovely”:

Even if someone else’s dress looks nicer than hers, she would not want to admit it neither will she want you to voice it out. So saying this would surely make her jealous.

“I cook better than you”: 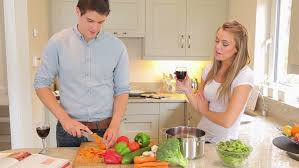 This is one of the things your boyfriend says that will really make you jealous. Imagine cooking a dish for him and he complains that it is not tasty enough or there is too much salt or pepper. I know you would feel angry.

But also imagine when he makes an attempt to cook himself next time and his food tastes even better than yours and he brags about it saying he cooks better than you. This would not only make you angry but also jealous.

“Your hair doesn’t look as good as hers”: 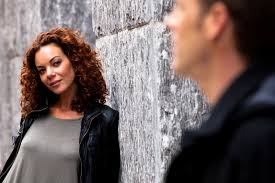 There are certain times you make a hairdo that may not look so nice which your boyfriend might not really like. He therefore tells you out rightly that your hair isn’t as nice as another lady’s hairdo.

This statement will make your girlfriend angry and jealous because when a woman makes her hair, she is doing it to impress you and so giving her a compliment she doesn’t like will not go down well with her.

She would rather not hear it than hear you compare it with another woman’s hairdo.

“They look so good together”:

When your boyfriend sees a couple looking all in sync or if you both know a couple who look good together and he utters those words, it kind of makes you jealous, doesn’t it?

It makes you wonder if your relationship is half as perfect as theirs or if you both look good together as well.

You start wondering if your boyfriend is okay with how things are going in your relationship and if you need to work on it to make it better.

These are some of the things your boyfriend says that makes you jealous. Are there more things you are aware of?