Some women go through a lot as a result of their relationship with the opposite sex which makes them so frustrated that some even lose their lives in the process.

Anyone who experiences any form of frustration in their relationships is probably going through one of the worst things in life and the severity of the frustration determines the outcome.

When a woman says “I hate you” and “I wish I never met you,” what makes her say that? How can she suddenly hate a man she once loved? What do you think has driven her to that point that she wants out of that relationship?

While some handle frustration well, others may not but the question now to ask is this: What are those things men do that make women feel frustrated in their relationships?

Some likely reasons are:

When a man shows little or no love:

It is true that when a woman truly loves a man, she can go the extra mile for him at her own expense but when she notices that the man she is showing much affection to is not even showing her as much love or any love at all, she feels frustrated.

Since women believe strongly in love, they also expect men to believe and act likewise and when they get the opposite of that, they tend not to be happy.

When a man does not contribute to the relationship: 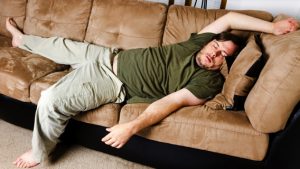 When two people are dating, they are supposed to do things together including contributing financially to certain things but in a situation where by the man is jobless and is not doing anything to bring in money, such a situation can make any women frustrated.

If she is the only one bringing in money for both of them, she would get tired at a point and this is one of the reasons women feel frustrated in their relationships.

When a man pressures a woman for sex:

When dating, some couples are intimate while some are not. If you are in a relationship devoid of intimacy and the man starts putting pressure on you to give him what he wants, that is enough to make you feel frustrated.

If you keep hearing the same words over and over again, it can make you decide to give up on that relationship if that is not what you really want.

When a man is not worthy of being trusted:

Women feel frustrated in their relationships if they cannot trust the man they love. Trust is very important in any relationship and if a woman cannot trust her man then what is the point in dating such a man?

Some men who are in relationships still go after other ladies and not putting into consideration the feelings of the woman they are dating.

They tell lies, cheat and expect their girlfriend to believe all that they say but one thing they do not know is that once trust is broken, it is hard to get it back.

So not being able to trust your boyfriend does make one feel frustrated.

When a man does not communicate regularly: 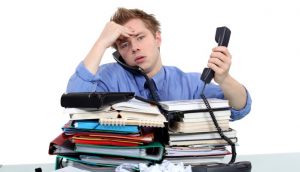 When a woman is in a relationship, she always wants to hear from her partner so when he hardly communicates with her, she feels frustrated.

A woman expects her man to call her constantly or leave series of messages for her daily so she knows he is safe and all is well with them. If he does not do this, she starts feeling like something is wrong which might make her jump to unnecessary conclusion.

A lot of things make women feel frustrated in their relationships but I am sure you can identify with some of the reasons listed above.

What other reasons do you think make women frustrated? Any ideas?