There are times people who are in relationships do certain things which should not even be done. I call them wrong relationship habits that if cultivated should be done away with because they could affect your relationship before you know it.

No one is perfect and as such anyone is capable of exhibiting such wrong relationship habits knowingly or unknowingly. So the earlier you know what they are, the better for you so you can avoid doing them.

The wrong relationship habits are:

I believe a lot of people are guilty of this in their relationships. Making assumptions about your partner is one thing that could kill your relationship whether you like it or not.

If you are not sure about anything, rather than assuming; talk to your partner about it before drawing a conclusion. This is because it is very possible to assume what is not thus giving you a wrong impression of your partner.

For example, if you send a message to your partner and he or she does not respond on time, it is easy to assume that either he or she is busy or does not have time for you or you may even feel you are bugging them.

This should not be so as it is better you find out the reason why he or she did not respond on time instead of jumping to conclusions.

Acting busy while partner is present: 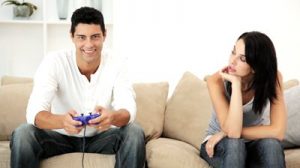 This is one of the wrong relationship habits I detest so much. Imagine you pay a visit to your boyfriend whom you expect to spend his time with you but then you notice instead of giving you his 100% attention; he plays games on his phone or makes long calls while you are with him.

Isn’t this act enough to make you go angry? Why should he spend his time doing other things while you are right there with him? He can do those other things after you are gone right?

Cherish the fact that your partner is there with you instead of making him or her feel as though they wasted their time visiting you.

Neglecting to express your love for your partner:

This is surely one of the wrong relationship habits people cultivate while dating. One of the reasons you agreed to date someone is because you have feelings for that person but should it stop at that?

The fact that your partner knows you care about him or her does not mean he or she does not want you to still express your love to them.

This is one thing you should not do when you are in a relationship. Never neglect showing love to your partner no matter what because your relationship seriously depends on it. 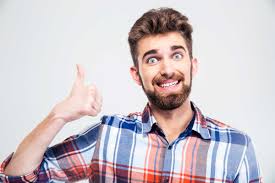 I often wonder why people tell lies to those they love simply because they want to hide the truth from them or they do not want to hurt them in any way.

This is one of the wrong relationship habits people should run away from as it destroys relationships.

I heard a story once about a guy who just started a relationship with a lady and after a month of dating she found out something about him and when she confronted him, he denied it.

She was so disappointed in him which made her break up with him and despite the fact that he apologized and pleaded to take him back, she just could not imagine dating someone who could look her in the face and lie to her.