Have you ever thought about getting ordained? Becoming an ordained minister can truly be one of the most rewarding experiences in the entire world. Just remember that you’ll need to go through a process before you can actually get ordained. The good news is that technology has changed everything during the past few years. 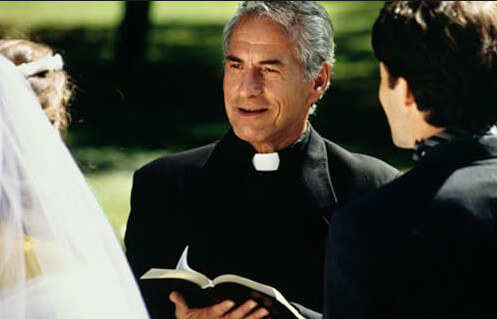 First and foremost, you should know that getting ordained in this manner is going to make you officially ordained across the country. However, there are some exceptions to the rule. For instance, there are only one or two states that do not recognize ordinations that have been done online. This includes Virginia and Pennsylvania. If you want to get ordained in these states, you’ll need to do it differently. Still, getting it done online is efficient, since you’ll be recognized ordained in 48 states.

In many cases, you’ll be able to get ordained online for free. There might be some websites that charge a fee, but there are many that are completely free of charge. If you feel that doing things online is the best bet, you’ll be happy to know that you won’t be required to spend anything whatsoever. So, you really have nothing to lose.

While you’re at it, you’ll be happy to know that you can often get ordained on the Internet within a matter of minutes. On top of that, you won’t have to leave home either. What more could you ask for? It is far quicker and easier to get ordained in this manner than any of the alternatives. Even better is the fact that your ordination is going to last your entire life. You’ll never have to worry about doing it again in the future.

Are you the type of individual who absolutely loves weddings? If so, you’ll definitely want to get ordained. There is no better way to do that than by doing it online. By taking advantage of the Internet, you’ll be able to get ordained within a matter of minutes. After you’ve finished, you’ll be able to start performing weddings almost immediately. If you’re in a hurry to perform your first wedding, you’ll definitely want to do it online. This will ensure that you’re able to perform the wedding on the same day.

Finally, you should know that being ordained is going to open many doors. Not only will you be able to perform a wedding, but you’ll also be able to carry out burial and funeral ceremonies. You can even work as a chaplain at prisons and hospitals. If you want to volunteer and perform a service, you’ll definitely want to get ordained right away! Doing so will ensure that you’re able to volunteer in many ways in the near future.