Virtual Dating, The Next Step in Online Dating

Dating is the meeting of two people particularly of opposite sex in order to interact, to one another and if everything goes well, relationship will set in and both of them will begin to explore one another romantically and there will be strong emotion developing between them. If they understand one another and trust each other, it can lead to marriage and happy family life.
In today’s society, dating has gone beyond the normal meeting of guys and ladies physically, most guys and ladies have turn to what is regarded as online dating where you meet your desire date online and interact through the internet, phone conversation without seeing the other person physically. Although the picture of the other person may be seen online, you can hear his or her voice but you cannot feel him or her physically until you arrange a proper meeting place to meet so that you can actually see the other person. 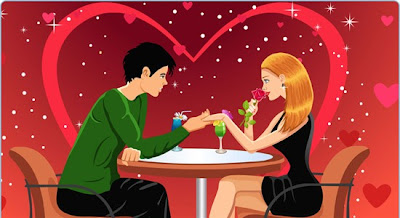 Online dating has been on for a while now which even generate revenue for government in some countries and presently the world has began to experience another form of dating which is called the Virtual Dating.  Virtual dating is now the next step in online dating.

Virtual dating is the combination of online dating and online gaming. Virtual dating involves the use of avatars for people to interact in a virtual venue that resembles a real life dating environment. A very good example here is that daters can meet and chat romantically in a virtual café in Paris, London, or even in a Caribbean resort.

A close look at virtual dating according to Wikipedia is that, daters can explore together, play games and take relationship quizzes to get a better, deeper understanding of each other.Virtual dating sites allows users to explore compatibility, sense of humour and rapport instead of the online dating sites which allows members to search on attributes such as education and income.

In some researches carried out at MIT and Harvard, it has been founded that “people who had had a chance to interact with each other (by computer only) on a virtual tour of a museum subsequently had more successful face-to-face meetings than people who had viewed only profiles.” In other word, more successes are recorded with virtual dating than online dating when it comes to meeting people face to face (physically).

All you have to do is just go out there and create your avatar to express how you feel in virtual dating site. Let your avatar interact in cool venues like London, Paris, Caribbean, Rio, Bali, Lagos and other great cities in the world.

Create your avatar to express how you feel, communicate through chat and utilize the display emoticons for letting your avatars react, gesture, and perform actions, such as touching hands, yawning, kissing, laughing, and flirting. Just get creative and have an amazing experience with your virtual dating.

Don’t forget to establish a sense of familiarity prior to making a physical and emotional investment, and have lots of fun by letting your avatars interact in cool venue. Your imagination can take you anywhere you desire, it is just an adventure.

4 thoughts on “Virtual Dating, The Next Step in Online Dating”