Skip to content
Uche Iwuji and Juwon Lawal tied the not recently, when she was interviewed by Encomium Magazine, she voiced out in an amazing voice saying she had always wanted to marry a man from Yoruba land and finally God has answered her.
She speaks Yoruba fluently although she is from the south eastbut mostly stayed in south west, she has mingled with the people of south west and she has been dreaming it to marry a Yoruba man. That dream has now turn reality. 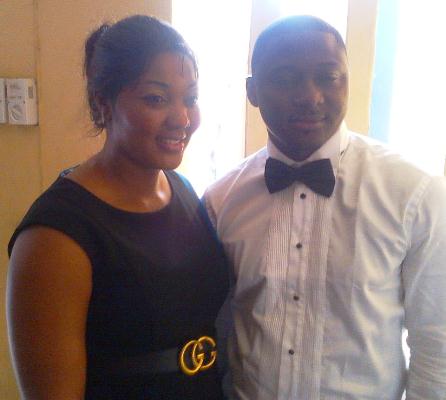 The relationship started just three month ago around August 2012 and today she now married. She got married on Saturday 17th November, 2012. Uche Iwuji and Juwon Lawal will soon be heading to Paris and Dubai to enjoy their honeymoon.
We here at I love relationship wish them a happy married life.
0
0
0
0
0