Attraction is fantastically attractive, especially when it is powerful and mutual. Attraction can provide a link to another human so irresistible that it feels like an enchantment, one that renders all other needs and duties oddly meaningless, tiresome and irrelevant. The Greeks portrayed sexual attraction as a weapon, a dart that might pierce the flesh and possess a soul, causing chaos among humans and gods alike. 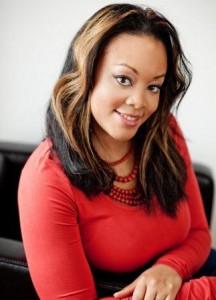 When I talk about attraction, I’m not talking about lust (which is also a form of attraction). A man can be physically attracted to a woman, without any feelings of love, and this form of attraction is purely primal and is focused completely on the “body” of the woman involved. What I’m actually talking about, in this write up, is the attraction which is synonymous with love. Relationships are built on a love based attraction, so what’s important would be to know the traits in a woman, which men find most attractive and which makes them fall in love.

As far as physical features are concerned, men get attracted to a woman’s skin tone, lips, height and waist-to-hip ratio. Contrary to popular assumptions men are not bothered much about the size of the breasts or derriere when it comes to looking for a life mate. These factors are pretty much insignificant.

A smile can easily win over a male heart. If, as a girl, you are prone to having a smiling face you are more likely to be approached by guys than when you have a smug, or frowning, face.

Next to the smile, this is another facial feature that men get attracted to. Some men simply fall in love with the woman’s eyes. The eyes can speak a thousand words and this is very much true with it comes to attracting men.

Most men get attracted by moderately long hair or anything close to shoulder length as that looks more feminine. Having said that, there are a lot of men who find women with short hair attractive.

Women are naturally endowed with a beautiful voice which men find highly attractive. Some men love a strong voice in a woman, some prefer a soft tone, with a high pitch. Some women have a husky voice and many guys find that attractive too.

Men are more likely to fall in love with a woman who is soft, or warm, hearted, than a woman who is cold. Guys love to be mothered (not nagged but cared for), and so they tend to fall for a woman who offers them acceptance and warmth. This would have to be the trait that men find most attractive in women.

Men fall in love with the “modest” girls, and lust after the “hot” ones. Modesty in behavior, dressing and talking is what men look for in their “long-term” partner. Though guys find “hot” women attractive, it’s mostly physical in nature and they lose interest after a few passionate encounters in the bed. There is also a common consent among men that “hot” women are less reliable, and high maintenance. In short, men love women who they can take home to their mother.

“Most Men” like feminine women. Feminine is all about being soft, kind hearted, understanding and caring. This attraction is justified by the fact that men are attracted to traits in a woman which they themselves lack.

Last but not the least, men get attracted towards women who make them feel comfortable and confident. Woman who supports them and the one with whom he feels relaxed and open.

So these are the ten important traits that men find attractive in women. But again, every man has his unique taste. The above points are common to most men but not for all. Look at it this way. A man may look for and get attracted to such qualities in a woman that he lacks himself.

Bear in mind that for every woman there is a man out there, so just relax and look out for him. But before you out looking for him, please like my Facebook Fan Page and help share this article for others too to read what you’ve just enjoy reading now.

2 thoughts on “Top 10 Traits in Women That Attract Men”