Skip to content
It wasn’t a surprise to see Tia Ewing dancing at that hour of the night. She can just help it when she heard beyonce’s single ladies song during commercial bread at Fox around 4:15 Fox Anchor Caught dancing and doing her thing, that is what she knows how to do it and she is not even bother about it when some of her colleague tease her about the impromptu dancing performance. She said “she just can’t help it sometimes” 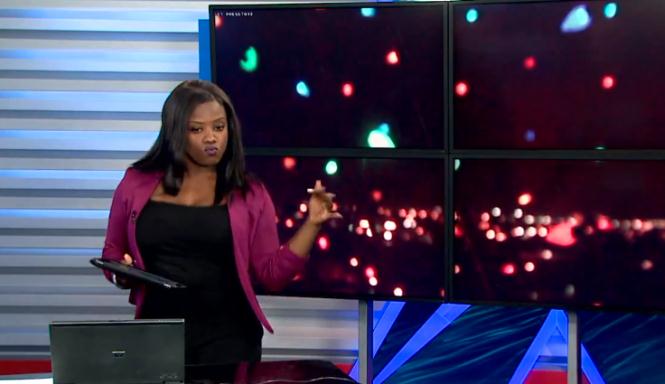 When co-worker replay the video for her, Ewing said “I gotta get it where I can get it,” “I just didn’t know the camera was rolling.”
“That’s really who I am,” she added, when her coworkers replayed the clip. “I’m crazy.”
Tia Ewing posted the video on Twitter over the weekend, writing, “They caught me, BUSTED! Let’s hope this doesn’t go viral.”
But now Ewing, Fox anchor caught dancing Beyonce is going viral now. I know she doesn’t feel embarrassed about the incident at all, she went ahead to promote the incident. She’s already talked about the incident on Twitter and Facebook and even uploaded the video to YouTube.
Tia Ewing tell us where else do you want this your impromptu dancing performance to appear before you can be satisfied that it’s not going viral. Facebook, Twitter, Youtube ane where else?
0
0
0
0
0