The Top 5 Romance Languages In The World Today 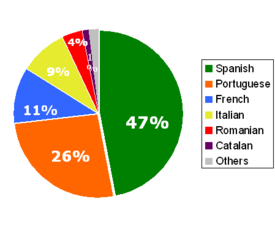 In the medieval literature of Western Europe, serious writing was usually in Latin, while popular tales, often focusing on love, were composed in the vernacular and came to be called “romances”.

Did you think that this is not correct? Do you believe that your country language should have been included? Please use the comment form below to tell us what you think and your view in particular will be much appreciated.