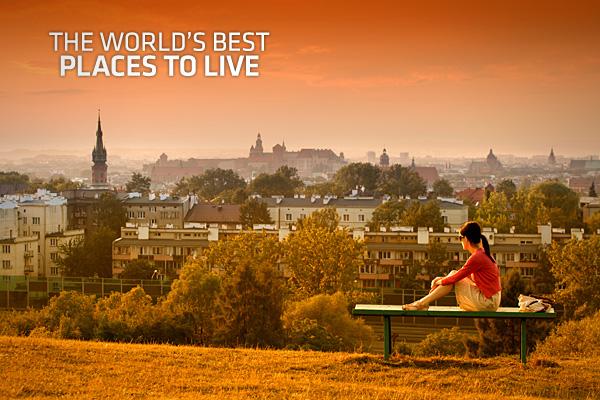 So, read the top ranked cities to live in the world now as I start mentioning them to you right away.

1. The Number One City is Vienna – Austria: Vienna the world’s No. 1 destination for conferences, drawing five million tourists a year; equivalent to three tourists for every resident. Vienna has won the title of the world’s best city for quality of life since 2009. It is also one of eight European cities to make the top 10 list, showing the region’s dominance in the survey.
2. The Number Two City is Zurich – Switzerland: Zurich maintain the number 2 position from last year, Zurich is holding the title of the city with the best quality of life in the world previously. Zurich is known as a global financial center, one out of every nine jobs in Switzerland is based in Zurich. Its low tax rates attract overseas companies and the assets of the 82 banks based there are equivalent to more than 85 percent of the total value of assets held in Switzerland. The city is also the country’s biggest tourist destination, famous for its lakeside location and chain of hills that run from north to south, providing an extensive range of leisure activities.
3. The Number Three City is Auckland – New Zealand: Auckland offers the best quality of life in the Asia-Pacific region, now for the second year in a row. It has been consistently placed within the top five best places to live in for the past six years.
4. The Number Four City is Munich – Germany:Munich is Germany’s third largest city and one of the country’s key economic centers. It is also one of three German cities to dominate the top 10 rankings for the best quality of life. Holding on its fourth spot from last year, Munich is home to some of Germany’s most notable businesses, including engineering firm Siemens and insurer Allianz.
5. The Number Five City is Vancouver – Canada:Vancouver has made it to a number of rankings on the world’s most livable cities over the past decade and has been among the top five in the Mercer quality of living survey for the past six years. Home to one of the mildest climates in Canada, Vancouver is also its greenest city with the smallest carbon footprint of any major city in North America.
Source: Yahoo News