The Science of Why We Fall In Love With Certain People

How do you realize when you begin to fancy someone? With an irresistible cocktail of chemicals, our brain entices us to fall in love. We feel there is a space within us that someone has to fill, and then we begin to look for or try to choose a partner. It is nature lovely plan for us and we fall victim of it as we have no alternatives other than looking for someone who will fill that vacuum. It is nature’s way to keep our species alive and that is why love does some initiation to our brain chemicals. 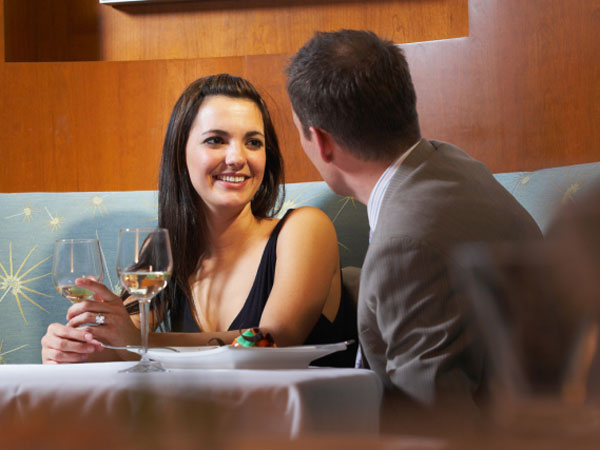 In the science of why we fall in love, it’s not what we say that actually make people fall in love with us. Psychologists have shown it takes between 90 seconds and 4 minutes to decide if you like/love someone.
Research has shown this has little to do with what is said, rather
The 3 stages of love give us more insight regarding the hormones and chemical changes in us. In her proposer, Helen Fisher of Rutgers University in USA has proposed 3 stages of love: lust, attraction and attachment. Each stage might be driven by different hormones and chemicals as we can see below;

The First Stage which is Lust

The first stage of love (lust) is driven by the sex hormones testosterone and oestrogen– in both men and women.

The Second Stage is called Attraction

Scientists think that three main neurotransmitters are involved in this stage; adrenaline, dopamine and serotonin because at this stage, one cannot think of little else and it is amazing time especially when we are truly love bound.

The initial stages of falling for someone activates your stress response, increasing your blood levels of adrenalin and cortisol. This has the charming effect that when you unexpectedly bump into your new love, you start to sweat, your heart races and your mouth goes dry.

This chemical stimulates ‘desire and reward’ by triggering an intense rush of pleasure, increased energy, less need for sleep or food, focused attention and superb delight in smallest details of this novel relationship.

This is one of love’s most important chemicals that may explain why when you’re falling in love, your new lover keeps popping into your thoughts uncontrollable.
Early love (the attraction phase) really changes the way we think. Newly lovesick lovers often idealize their partner, magnifying their qualities and explaining away their weaknesses. It makes us want to stay together to enter the next stage of love – attachment.

The Third Stage is the Attachment

Scientists think there might be two major hormones involved in this feeling of attachment; oxytocin and vasopressin. Attachment is the bond that keeps couples together long enough for them to have and raise children.

Oxytocin is a powerful hormone released by men and women during the excitement stage of love making, no wonder it is also called a cuddle hormone. It probably deepens the feelings of attachment and makes couples feel much closer to one another after they have had sex. The theory goes that the more sex a couple has, the deeper their bond becomes.
Oxytocin which also help to glue the strong bond between mother and baby and is released during childbirth. It is also responsible for a mum’s breast automatically releasing milk at the mere sight or sound of her young baby.

Vasopressin is another important hormone in the long-term commitment stage and is released after sex. Vasopressin (also called anti-diuretic hormone) works with your kidneys to control thirst. Its potential role in long-term relationships was discovered when scientists looked at the prairie vole.
Prairie voles indulge in far more sex than is strictly necessary for the purposes of reproduction. They too like human beings form fairly stable pair-bonds.
When male prairie voles were given a drug that suppresses the effect of vasopressin, the bond with their partner deteriorated immediately as they lost their devotion and failed to protect their partner from new suitors.
You can try this on how to fall in love
If you can practice these three simple tests, you will realize how deeply you will be attracted to each other. The hormones are surely in action.
Use the comment form to drop your comment; it may be in form of suggestion, addition or even subtraction, and don’t forget to like our Facebook page.
0
0
0
0
0