While hats primarily serve to protect the wearer from the elements like the blazing sun or shivering cold, they also find favor as a fashion accessory.

Even though the custom of wearing hats is dwindling, they, however, remain popular even with the hip and happening young crowd out in the sun, at the beach, pool, riding, and at garden parties. 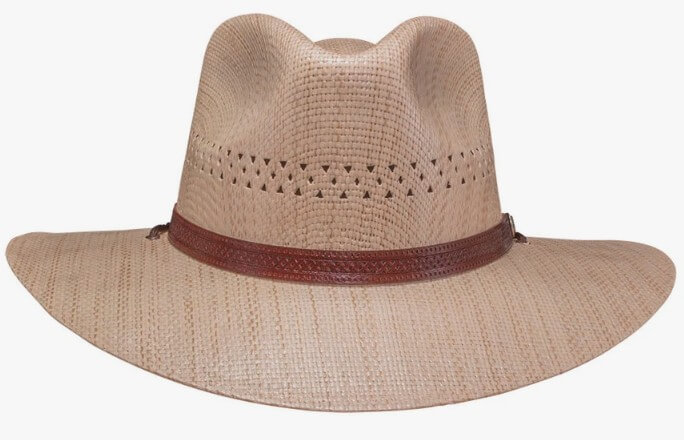 Today, it is common to see both men and women sporting summer hats to boost their style quotient and protect them from the blistering sun. Some of the different kinds of summer hats you can consider adding to your wardrobe:

Undoubtedly, the most popular hat worn by people to protect themselves from the blazing summer sun and heat is the Panama hat.

Panama hats, despite their name, have their origin in Ecuador, where the craftsmen hailing from the cities of Cuenca and Montecristi wove the Toquilla straw extracted from the stem and leaves of the native Toquilla palm. In the 19th century, they became famous as Panama hats due to their export in huge volumes to Panama during the construction of the Panama Canal. There are several styles of the Panama hat, viz.

Monte Carlo, Fedora, and Optimo. The price of a Panama hat varies according to the quality, which in turn depends on the fineness and even coloring of the straw and the density of the weave. There are many varieties of sun hats, but the Panama hat is unarguably the most popular straw sun hat.

Boater hats were all the rage among gentlemen of refinement around the world in the 1920s but are now mainly worn at vintage-inspired outdoor events and fairs. Boater hats with their characteristic flat and hard crown and a brim all around the hat are, typically made from sennit straw made by plaiting strands of dried fiber or grass.

You can easily identify a boater hat because of its round shape and a ribbon, solid or striped, around the crown. The boater gets its name from the fact they were the traditional headgear of the gondoliers of Venice.

Conventionally made from canvas or denim, a bucket hat is a soft hat with a wide brim that slopes down to shield the eyes of the wearers, traditionally fishermen, from the harsh sunlight. It is common for a bucket hat to feature metal eyelets on its sides to facilitate the flow of air that acts to reduce sweat formation on the brow.

The flat cap is a round and soft hat that has a small stiff bill in the front. Originating in the British Isles, it is known by many names around the world. In the United States, people commonly know it as a baseball cap.

Fabrics commonly used in its manufacture include tweed, cotton, and wool; however, you can also get them in corduroy, linen, and leather, if you look around. A flat cap usually has a lining inside to ensure comfort and warmth.

Designed in 1860 by Brooklyn Excelsiors, a New York-based amateur baseball team, baseball caps are without a doubt among the most popular casual hats worn today all over the world by the young, especially during sports events or to chill out in.

Made of cloth, you should wear it only when outdoors and invariably removed from your head when indoors or in the company of others. While not intended to be worn at work, some versions of the cap are part of the uniform of the army and the police. Commonly, a logo or a design is displayed on the front of the cap, which makes it ideal for commercial brand promotion by companies.

You can fit it better to your head using Velcro, a tri-glide slide, a zipper, or a plastic prong-in-a-hole to adjust it. Conventionally, you wear a baseball cap with the bill facing the front; however, it has also become popular, especially among the youth, to wear it backward or the bill facing one side as a symbol of personal expression, according to Vogue.

Usually worn at horse races that are as big a social event as a sporting one in many countries, like England and America, Derby hats are a fashion statement. They come with a 6-10 inches brim for optimum protection of the face as well as neck and shoulders.

While women can wear Derby hays with a sundress or a wraparound, men need to pair it with shots and half-sleeve shirts and loafers on their feet for a chic summer casual style. You can get Derby hats in many different colors to match your outfit.

Summer is the season for spending time outdoors and having loads of fun with friends. However, the scorching sunlight can also take a toll on your face and neck. To prevent sunburn and glare from detracting from your enjoyment, consider using one of the many styles of summer hats.