Stevland Hardaway Morris popularly known by his stage name as Stevie Wonder put an end to his marriage with Kai Millard Morris. One major issue Stevie Wonder cited categorically that the divorce is as a result of irreconcilable differences, and he also stated that they have been living separately since October 2009. A marriage that lasted for 11years, Wonder’s 2001 marriage to Morris was his second, and he was previously married to the late singer and song writer Syreeta Wright although she did not have any child for Stevie Wonder. 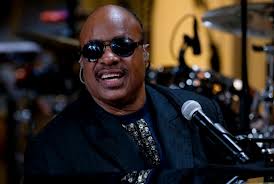 Kai Millard Morris has two children for Stevie wonder and both of them are male child (Kailand and Mandla, ages 10 & 7)  Stevie Wonder also asks for joint custody of the couple’s two boys, ages  and agrees to pay both spousal and child support.

Stevie Wonder is an American singer, songwriter, and multi-instrumentalist, a child prodigy who developed into one of the most creative musical figures of the late 20th century. Blind since shortly after birth, Wonder signed with Motown’s Tamla label at the age of eleven, and continues to perform and record for Motown to this day.

He has recorded more than thirty U.S. top ten hits and received twenty-two Grammy Awards, the most ever awarded to a male solo artist. Wonder is also noted for his work as an activist for political causes, including his 1980 campaign to make Martin Luther King, Jr.’s birthday a holiday in the United States.
0
0
0
0
0