How Silent Treatment Can Hurt Your Relationship

If you chose to ignore your partner because you’re hurt and fail to communicate with him or her, you’re engaging in silent treatment. Any relationship that gives silent treatment a chance is never going to be great.

It is a common occurrence with both man and woman, people will rather sit down facing the ceiling or the wall than facing their partner for possible communication and this kind of attitudes is so annoying, that if not handle well, not only the perpetrator will suffer for it but both of them except they start finding lasting solution to such attitude. 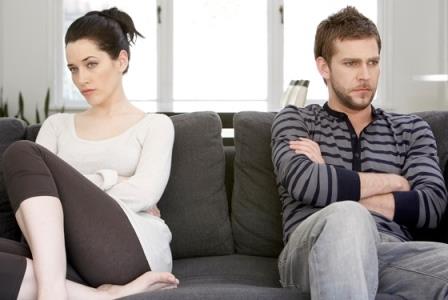 When one partner treats the other with silent treatment, the other partner at the receiving end feel hurt and if he or she is not strong enough to handle it, the feeling of isolation, intimidation and insignificant will overwhelm him/her and the resulting consequences is thinking of how to look elsewhere once the cold shouldering can no longer be taken.

The longer silent treatment stays in a relationship, the harder it is to overcome. Though it is not too late to address the issue but it will be much difficult to deal with relationship partner who often time refuses to communicate his or her feeling and chose to treat the significant other with silent treatment.

Silent treatment is just emotional abuse and it is often time not talk about as much as people talk about physical and verbal abuse. Emotional abuse is just too strong to be overlooked; it can be so devastating and cause so much damaging in one’s relationship.

Silent treatment is really an immature behaviour from any partner that engage in it, sometimes they think they are doing themselves good in other to avenge any wrong that might have been done to them by the other partner, but the reality is that, the resulting consequences is so much devastating and can boil up, cause much anger leading to verbal abuse and the collapse of any thriving relationship.

My next post will teach you exactly what to do when your significant other chose to engage in silent treatment instead of talking about issues and correct the wrongs.

Feel free to make your contribution, comment, questions and observation through the comment box below and share this using any of the social media icons below.

1 thought on “How Silent Treatment Can Hurt Your Relationship”