Skip to content
I Love my darling club Manchester united, though it may be off topic but I can’t just keep to myself without writing about Manchester United new signing. The move for Robin van Persie shows not only can United still compete with City’s vast wealth, but they can attract players away from City because of everything the club and the manager stands for. 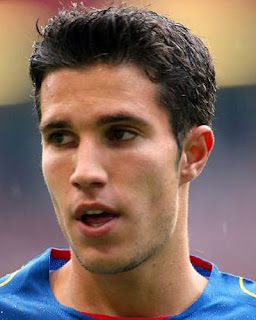 Van Persie is a romantic and sees United as a club of history and tradition, similar to Arsenal and his original team, Feyenoord. The Dutchman has told friends he is flattered that Ferguson has coveted him for so long and likes the thought of working for the 70-year-old. The thought of working alongside Wayne Rooney, the league’s second top scorer last season, was also a factor. As strike partnerships go, Rooney and Van Persie sounds like something straight out of a 15-year-old’s fantasy league team. On paper this is a pairing that has a cocktail of pace, trickery, finishing ability and imagination.
Van Persie is more than simply a goalscorer. Since August 2008, he has provided more assists than any other player in the Premier League. Signing a player with the quality of Van Persie can only improve your attacking threat
From a defensive point of view, having to contend with Rooney and Van Persie is the kind of thing that will give centre-halves nightmares.
Both Rooney and Van Persie are top-class players, both have done it at the very-highest level and as a pair, they have also the makings of a terrific partnership.
Pipping City to a player with the quality of Van Persie sends a signal, a message. It is going to be a fascinating season and I fully expect City and United to be battling it out at the top of the table.
If the title race is as close this season as it was last, one goal may be all that separates the sides.
Van Persie could yet prove the difference.
Culled From BBC Sports
Some Fact With Robin Van Persie Goal Scoring Record
Source: Opta Sports
Go! Go! Go United, the title is yours this season.
What did you think about this signing for United?
1.5k
779
521
409
2.1k