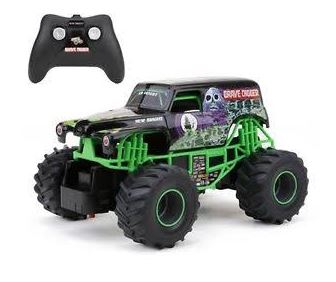 How does a remote control car work?

The operation of a remote-controlled car requires some components parts to function. The parts that make it work are:

The transmitter is the device that directs the movement of the car by sending a radio wave that is built into it to the car, when the controller button is pressed or pushed. It works with a 9 volts battery. The antenna attached to the car is the receiver. It receives the signal, interprets it, and sends it to the motor. The motor, which helps the car to move, now acts according to the direction they receive. A 9 volts rechargeable battery powers the movement.

Why are kids so fascinated by a remote controlled car?

The sight of a car that can move by just the press of a button is a real thrill to kids. They are often wowed by the sight and are excited when they receive a remote controlled car as birthday gifts.

Kids are often excited when they see their moms and dads drive a car and they would often think, “When I grow up I will have a car like daddy or like mummy”. With this thought in their minds, they go wild with excitement when they receive a toy car as a gift.

Manufacturers of remote controlled cars often put danger-warnings, age brackets, hazards, and labels on how they should be operated to ensure safety. Some dangers involved in remote controlled toy cars include:

Extreme care should be taken and kids should be monitored by an adult when they play with them.

Where to Buy a Remote Controlled Car

Allow your kids have some excitement with a few RC cars in their next holidays. Some toyshops are located around you, and you can make an order online from any of the following sites:

I am an Accountant by profession. My hobbies are reading, listening to music and writing. I love to think and write about things that will add value to lives. I am inspired by my life experiences and the experiences people around me passed through. These experiences push me to make a change wherever I find myself, mostly by writing about them. I hope you find my articles useful