The Qualities That Determine If You Are A Real Father

Anyone can be a father; so far you’re a male and have a family that you look after. But not every man with family is a real father. The challenge of being a real father is much more than just get married and have children. 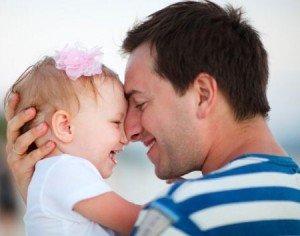 You can even father many children but still lack the qualities of a real father. You’re just in there like a little boy that plays game. Yes! A real father is can’t be a player, what he does is to work hard for whatever he desire and once he’s able to get it, he’ll appreciate it to the end of his life

It is easier for any male to say nice things to any women but fail to prove it, a real man and a father will not just say nice thing to woman, he will also back it up with actions and words

It is only boys who will run after many women, a real man will only chase one woman and once he gets her, he stays with her because he knows how to treat her to make feel like woman.

If you want to be the kind of man a good woman wants to give her life to, then you will need to be a real man who knows how to respect such woman’s dignity, you will also know how to honour the woman like a valuable treasure she is.

Being a real man and a father mean you will not even make an attempt to rip her precious pearl from its protective shell, or even trying to coax her to prematurely give away her treasure. As a real man, you must wait with all the patient you can have until when she’s willingly ready to give you the precious prize of her treasurable heart.

The truth is that, any fool can even be a Father, but it takes a real man to be a Daddy. To cap it all with one of Pope John XXII’s quotes about being a real father, here is what he said; It is easier for a father to have children than for children to have a real father.

Now are you a real father or not? I really want to hear from you, please make use of the comment box below and let share thought of a real father together and also don’t forget to like my Facebook Fan Page by hitting the like button below.