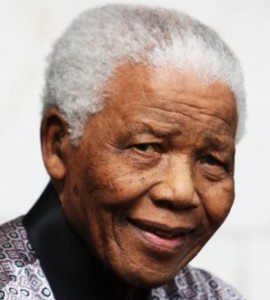 “The problem is that his infection reoccurred,” he told The Telegraph. “At 1.30am today the doctors came to the conclusion that his condition had deteriorated enough that it warranted hospital treatment.” Mr Mandela is known to have been on and off a ventilator in recent months but is understood to be breathing on his own this morning, according to the telegraph

“The former president is receiving expert medical care and doctors are doing everything possible to make him better and comfortable.

Prime Minister David Cameron gave his support to Mandela on Twitter. He wrote: “My thoughts are with Nelson Mandela, who is in hospital in South Africa.”

“President Jacob Zuma, on behalf of government and the nation, wishes Madiba a speedy recovery and requests the media and the public to respect the privacy of Madiba and his family,” Mr Maharaj said in a statement, using the clan name by which Mr Mandela is often known.

He was previously imprisoned for 27 years, and is believed to have suffered damaged lungs while working in a prison quarry. He contracted tuberculosis in the 1980s while being held in jail on the windswept Robben Island. He retired from public life in 2004 and has been rarely seen in public since.