The mobile phone has revolutionized the way people communicate all over the world. The designs and technology has undergone many improvements over the years. Having mobile phone has gone beyond just for communication but also a fashion accessory. It is estimated that they are up to six billion users of mobile devices worldwide. This is a huge number! Companies that manufacture these devices are daily competing for a large share of the consumers. Whether you own an Android, Iphone or Blackberry, you will always check your phone for messages, calls or alerts. The average user spends hours of accumulative time answering or staring into a mobile phone.

However, over the years, there have been some concerns of the health implications of excessive mobile phone use. Are these fears real or imagined? In this article, I will highlight these potential health risks associated with the mobile phone use. 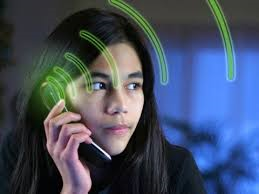 This has been a subject of hot debate and contention in the telecommunication and scientific world. Is there any substantial cancer risk in using the cell phone? This query actually started as far back as the 1900’s. A businessman took a cellphone company to court alleging that his wife who died from brain cancer was as a result of radiation from her cellphone. These claims have been studied by various scientists but no clear conclusion has been stated. One group observed that from their study, cellphone radiation contributed to brain dysfunction, tumors and even speech development in children. They stated that its harmful effect was linked to the type of radiation emitted from the phone. They even postulated that the safe limit to carry on a conversation without harming yourself is 19minutes. However, another group who studied large number of cellphone users did not observe any association between using a mobile phone and occurrence of brain cancer. 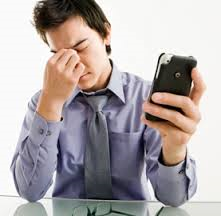 Some people spend long hours staring into the small print and bright screens of their mobile devices. Health personnel have linked this practice to eye strain. Some love just lying down in a dark room chatting or playing games on their mobile phones for hours. This habit will put more stress to your eye muscles as they try to adjust repeatedly to your screen resolution. Symptoms that your eyes are strained  include dry eyes, tearing, blurring of vision, backaches and recurring headaches. The brighter the screen is the more susceptible you will be to developing this problem. 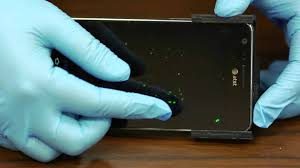 To be candid, I wonder how many people clean their mobile phones. A survey in UK examined cellphones of a group of users. They used a sterile device to swab the surfaces of their phones and analyzed them in a laboratory. The result was surprising. They found out that almost 20% of the phones were contaminated with the kind of bacteria you find in a public toilet! Weird, isn’t it? These germs usually are the ones that cause fever, vomiting and diarrhoea if it gets into the blood of any person. I wonder how many people have fallen ill and never attributed it to their cellphones.

In view of these potential health risks, what should be our attitude when using our mobile phones?

So readers, what are your thoughts on this topic? Do you feel there are reasons to be more careful with your mobile devices. Feel free to comment using the boxes below. I would love to hear from you.

1 thought on “Mobile Phones and Health: Are There Hazards I Should be Aware Of?”