It’s safe to say that marriage is probably one of, if not the most important relationship that many of us face in our lives. It’s one of the greatest challenges that we face in life, both between spouses and between you and your friends and family. But if you find that your marriage is affecting your relationships in a negative way, don’t immediately contact the divorce attorneys! Instead, you need to figure out how to deal with it like any other problem.

Let’s go through some of the common concerns and conflicts that can occur when we tie the knot. Don’t worry, this won’t be a depressing slog! Hopefully you’ll come away armed with not just more information, but confidence in your relationship and its stability. 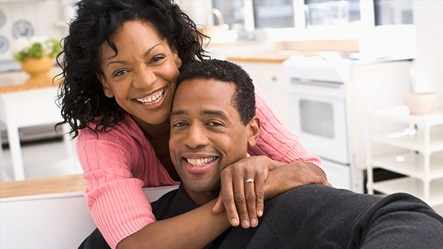 The “Wrong Kind of Friends” Problem

You may have noticed that you don’t hang out with your single friends as much as you used to. That’s okay and completely understandable! It wouldn’t necessarily be correct to say that they’re jealous, but something you had in common with them — being single — is no longer something you have in common. This can make it difficult to relate to each other; while their stories of bad dinner dates have a lot of variety, your stories will likely always involve the person you’ve married.

It can also be awkward for your single friends to hang out with you and your significant other, feeling like a third wheel or worse, feeling like you succeeded at something they have yet to accomplish: finding love. Your significant other might also have an issue with you hanging out with your single buddies or girlfriends without them, since to them it can feel like you’re trying to escape your new life.

So how do you deal with this? Do you let those friendships simply dwindle away? While that certainly does happen, it doesn’t have to. To prevent the third wheel issue or the insecure partner problem, you need to find a way to continue connecting with them without your marriage even being relevant.

In my own marriage, I made an effort to entertain more. Over the years, I’ve hosted dinner parties, board game nights, group outings to the movies. As a family of faith, my husband and I increased our engagement with our local church — something we resisted when we were younger, but found surprisingly helpful in building our network of friends and keeping us involved in our community in fun and unexpected ways.

The Problem of Conflicting Faith

Recently, a friend of mine got married. She was raised Catholic and her fiance had been raised Protestant. As ancient as that conflict has been, it could still raise the possibility of friction between the two families. How would they celebrate Christmas? Or Easter? Or any services for that matter? There was no bitterness, but my friend and her husband had a potential problem.

It was through compromise and communication that lead to this never being a problem. They sat down with their families and discussed what they should do. It turned out that my friend’s parents enjoyed their Christmas services more than their Easter services while the reverse was true for her husband’s parents. They eventually agreed that they would go to my friend’s church on Christmas and her husband’s church on Easter.

In fact, as time went on during that first year, my friend and her husband were able to convince their parents to attend occasional services at each others’ churches. This should go to show that communication is truly the most important thing to hold onto when considering how a new marriage affects relationships with your family.

As anyone in a long-term relationship will tell you, it becomes harder for both of you to make friends. While you certainly can maintain your past friendships in the ways we covered a little bit ago, sometimes that just isn’t possible. And yet we all need a social life; humans are social creatures. The question is how you manage to find new friends when it gets harder to do that as you age?

Do you remember why it was easier to make friends when you were in college or high school? It wasn’t just because you happened to meet people you had lots in common with. It was because you were forced together, likely because you had classes together. That’s why you and your spouse should consider taking a class, preferably one that can give you both a new skill.

Another friend of mine got married recently and he and his wife ran into this very problem. Their single friends, while supportive, simply had very little in common with them anymore as time went on. They were able to spend time with other couples, but those couples had their own schedules and responsibilities to attend to. In the end, my friend and his wife began to feel the pressures of isolation but didn’t know how to make friends.

Noticing this, I suggested to them that they take a class together. It didn’t really matter what kind of class, but if it was something they could learn together along with another group of people at the same skill level, it could produce a sense of camaraderie that makes friendships easier to form. They kicked around the idea of improv, ballroom dancing, and painting, but ultimately decided upon pottery. Neither of them had pottery skills and they figured it would be fun.

Sure enough, after the six week course was over, they had made friends with some of their classmates. Now they hold their own get-togethers with these new friends where they all have dinner, then drink wine, and mold clay for a few hours.

These are some common issues that face new married couples and you might even recognize some of them. But these are all fixable issues, as are many of the other ones that a new family can face. Marriage does affect your relationships with friends and family, but it’s not always a lost cause, especially if you know how to deal with the changes.

Leticia Summers is a freelance writer who has been blogging about family and relationship issues for nearly 10 years. She has served as a relationship consultant to small businesses, including family law groups.