Skip to content
Loading...
Mario Lopez wedding this Saturday with Courtney Mazza to be held right there in Mexico his own country in North America. Both Mario Lopex and Courtney Mazza are so exciting about this wedding coming up this weekend being the first day of the December, 2012. Mario Lopex is 39 years old now and his fiancée Courtney Mazza is just 31 years old. 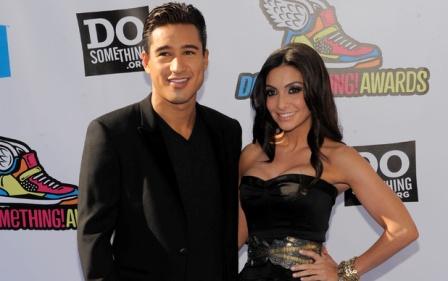 October 2012, Mario Lopez said he will be in charge of the musical entertainment which including mariachis, a DJ and salsa. His wife-to-be Courtney Mazza will be heading the flowers, food, cake and general colour theme.


Mario and Courtney want a cake but both of them are of different taste although they finally agreed on the type of chocolate cake they want for the wedding, while Courtney Mazza wanted a chocolate cake, Mario Lopez wanted a red velvet layers. But the two finally agreed on alternating layers of chocolate and red velvet, with a creamy vanilla frosting.
Their daughter Gia which is 2 years old now will be the flower girl. Mario Lopez and Courtney Mazza have been practising salsa dance which is near to perfection right now. That is the type of dance they are going to dance at the beach in Mexico. 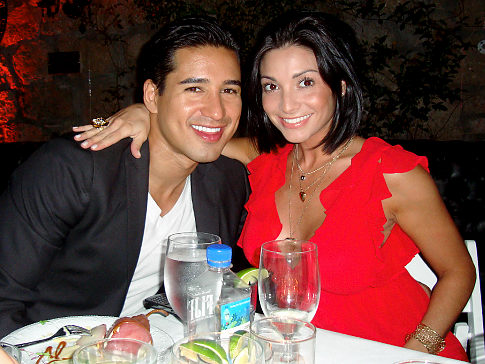 The memorable day will be documented in a two-hour programme named Mario & Courtney’s Wedding Fiesta, on December 8, 2012 at 8pm on America’s TLC. As excited as she is for the big day, Mazza added, “the only thing that’s going to change is my last name. Same love, same everything.”


Mario Lopez currently hosts America’s Best Dance Crew for MTV. Lopez is currently co-hosting the live shows of the U.S. version of the TV singing competition The X Factor. According to Wikipediaon Mario Lopez personal life, Lopez is a Catholic who goes to church every week. He married Ali Landry on April 24, 2004, in a Catholic ceremony at the Las Alamandas resort outside Puerto Vallarta, Mexico. Two weeks later their marriage was annulled. He dated Karina Smirnoff, his DWTS partner, from 2006 to June 2008. Since the fall of 2008, Lopez has been in a relationship with Broadway dancer Courtney Laine Mazza. In March 2010, it was announced that Lopez and Mazza were expecting a child. A daughter, Gia Francesca Lopez, was born on September 11, 2010, in Burbank, California. The couple became engaged over the 2011-2012 New Year’s weekend.
Loading...
1.5k
779
521
409
2.1k