Balancing on one leg while standing without holding unto anything reveal the state of your cognitive health according to scientific research. How long you can do this says much and if you can even close your eye while holding on one leg has additional benefits to your overall cognitive health.

According to a study carried out in a journal called Stroke, it has shown that balance and gait are strongly linked with your mental health. This mean the way you walk and the ability to balance tell much about the functionality of your brain. 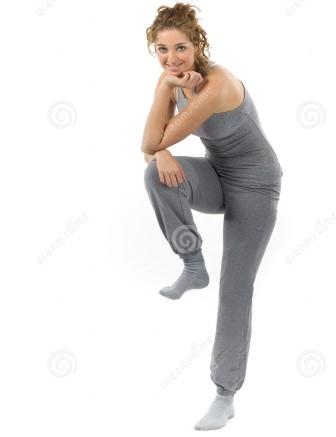 This research was carried out at Kyoto University Graduate School of Medicine in Japan and was led by Dr Tabara. 400 men and 800 women were gathered and each person was asks to stand on one leg without using anything for their support.

Men and women who could not stand on one leg for more than 20 seconds are at risk of cerebral small vessel disease. Small vessel diseases are a small stroke that happens when the blood supply to the brain cannot reach it as a result of blockage.

The small vessel disease might not be detrimental at the time, but it can lead to much bigger strokes and the general cognitive or reasoning get to decline as time goes on. This study – balancing on one leg is an important test for brain health.

It was not too long a time ago, when UK’s Medical Research Council found out that, people who could stand on one leg for 10 second with eyes closed has a better chance of being fit and healthy even after 13 year later on. This same UK’s Research also claimed that anyone who cannot do this one-leg standing for 2 seconds is likely not to live beyond the age of 66 years.

So, if your doctor has never asked you to stand on your one-leg of recent, this is the time for you to take matters into your own hand and carry out this test for yourself. Hoping to hear from you, that you stand on one-leg for more than 20 seconds with eyes closed and without support from an external object. Get up now to try it out and let me hear the positive feedback, I did mine and lasted more a minutes.