Though Jackson of course isn’t the only billionaire in her marriage her husband, retail entrepreneur Wissam Al Mana (whom she married last year in a private ceremony), is a billionaire all on his own. 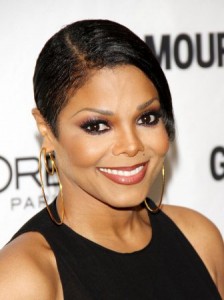 Michael Jackson may be one of the most successful dead celebrities, but his sister Janet (who, of course, is alive and well) is doing pretty well herself. The 47-year-old is officially a billionaire.

According to Variety, Jackson, who is one of the best-selling artists of all time, has earned $458 million thanks to her successful concert tours, $304 million from acting roles in films like “For Colored Girls” and “The Nutty Professor,” $260 million in album sales, and more than $81 million from tour sponsorships and licensing fees.

And the “Control” songstress isn’t the only billionaire in her household. Jackson secretly married retail tycoon Wissam Al Mana, who’s made his fortune investing in the Middle East.

As for fellow celeb billionaires, Jackson joins a club with members including Oprah Winfrey, Steven Spielberg, J.K. Rowling, and Julia Louis-Dreyfus, whose “Seinfeld” money helped … but whose main fortune came from her dad, billionaire Gerard Louis-Dreyfus, chairman of the Louis Dreyfus Energy Services.

Although Janet’s career has put her musical career on the backburner in recent years, the singer is planning a comeback this year to mark the 20th anniversary of her iconic album, janet.

She said earlier this month: ‘I am working on a new project now. We are creating the concept and initial thoughts on the music.’

Janet added in the interview with Billboard.com: ‘I’ve been exposed to all types of great music. I like to collaborate on my music.

‘The creative process is fun and you get a lot of ideas from having discussions about it. Ultimately, the final decision is mine.’

At least Janet can feel good about the fact she earned her billion all by herself. Yahoo News