Mood swings can be really annoying for anyone especially if you are on the receiving end of it.

I believe everyone has the capacity to have mood swings but it’s level differs from person to person.

Having a boyfriend who has mood swings can be frustrating at times but when it does happen, how do you deal with it?

Sometimes I wonder why he acts like that; I mean we are all humans and I also have the right to get angry but I certainly don’t act the way he does.

Well if you have a boyfriend like mine, I will give you some tricks on how you can handle those mood swings whenever they occur.

These tricks have worked for me to an extent and I hope they work for you too. 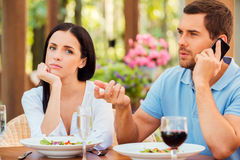 Nobody likes to be ignored and I am so sure that this one act of yours will tease him.

When you notice those mood swings, just act like you don’t know what’s going on.

It can be hard and annoying to do but it is worth it. If you can ignore him when he is like that by the time he gets over his annoying way, he’ll warm up to you.

Women like to react to things I know but just exercise patience and do this. It does work.

Whenever a man has mood swings, there’s always a reason for it which he might not want to reveal.

This can be the perfect opportunity to find out what is wrong. Some men might not talk but some might out of anger.

If he does tell you then you can know how to handle him in that state.

Whenever my boyfriend has mood swings, I allow him have his space then when he has calmed down, he comes to me himself.

For me I noticed that when I react to his attitude, I end up getting angry. So I decided to let him be whenever he is in that mood.

This sometimes makes him feel guilty and makes him open up.

Sometimes all a man needs in such times is someone to pull him out of that mood.

So if you can, do something to make him happy so he gets out of that mood swing.

You might just be surprised at the effect that would have on him.

You know him better and also know the things he likes so when you notice his mood swings, try doing those things.

Let him know you care: 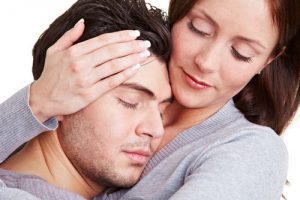 If your boyfriend has mood swings one way to deal with it is by being there for him.

Listen to anything he has to say even if it hurts because it is a way of easing off all he feels at that point.

He will easily let go of that mood if he knows you are there for him.

Don’t let it get to you:

Mood swings are transferable and as such you shouldn’t let it affect you.

If your boyfriend has mood swings, don’t let it rub off on you if not you won’t see things clearly.

During this time, your mind needs to be stable so you can show support to him.

If you act the way he does, you’ll only worsen how he feels. 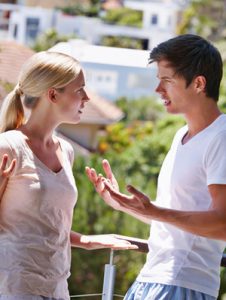 If his mood swings become perpetual, then you need to sit him down to talk to him.

Consistent mood swings can affect your relationship and as such you need to talk to him about it so he knows how you feel.

If he knows how it affects you then he might try to manage his mood swings.

You are in the best position to know which of these tricks would help solve how you manage your boyfriend’s mood swings.

Try them out because they do work.