How To Help Your Boyfriend To Make The Important Decision

Sometimes, making the important decision is not all that easy especially if your boyfriend has deemed himself not ready to make the almighty decision to tell you if you’re going to marry him, a decision which you too have been expecting from him.

There’re several factors that can be responsible for his indecision and until he’s able to get his act together to do away with such factor, he may not be able to make such decision to engage you. 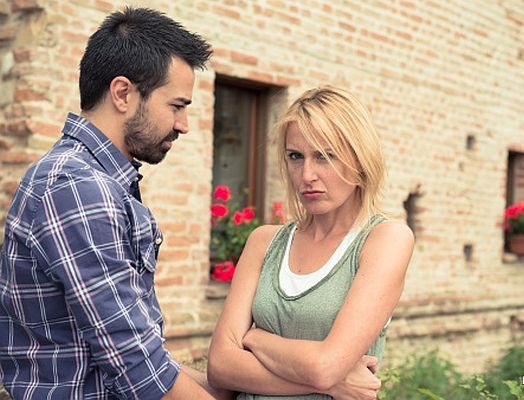 The good thing is that, you can help him to accelerate such decision and let him understand that, whatever it is, you’re more than ready to assist him.

Don’t think about being seen as too desperate or try to make things work in your own way and your own time.

The truth is that, it about your life and not anybody else’s life.  If your boyfriend is not getting closer to making the decision, he might not even make it while you’re still with him, hoping that, he will pop out the question after he might have made up his mind.

Your time might eventually get wasted while you’re waiting for him to put himself together, make the decision and stand by the decision. You just got to make the hay while the sun shines.

One thing I want you to know for sure in a situation where indecision is a problem to your boyfriend is that, a boyfriend that’s being challenged by indecision is a big concern to every girlfriend and this alone, can age the woman prematurely. It also shows that, he’s not truly invested into the relationship because, it seems, he’s not even in control of his life.

So, how do you help your boyfriend to make the important decision so that, you can move forward into the next level of the relationship?

Prioritize your communication on this particular issue

It might not be clear to him what his indecision is causing you, you need to make communication a priority and constantly remind him of his responsibility to make the big decision. Let him understand that, it is something he has to eventually make and making such decision now is good for both of you.

When you communicate with him about it and letting him know that, indecision on this important issue, is a ticket to leaving a lonely life.

You see, all of us at one point or the other, find it difficult to make decision concerning certain things in our life. We all still face situation like making important decision in our life, it might not necessary about marriage but about other vital things that help us to grow financially, emotionally or physically.

Without an encourager, some of this decision might be too cumbersome for us to make. This is the very reason why you should encourage him to make the decision and never attack his indecision.

Allow him to make other smaller decision so that he can gain confidence about himself and be ready to make the all-important decision as per the future of your relationship with him. By encouraging him to take some not too important decision in the relationship, like deciding for you the type of dress you should put on, on a particular day. Even if the dress may not go well with the occasion which you have the right to turn down his choice and explain to him why such dress isn’t going to do well for the day activities.

The important thing here is that, you encourage him to take decision and that is what you want, sooner he will be able to make the decision to go ahead with you to the next level in the relationship.

Set an ideal timeline for him

Let him understand you don’t have much time as a woman, even though you’re going to give him some times to put his mind together, you’re never not going to wait for him forever. His indecision can be destructive to you and that’s why you can’t be placed on hold till eternity. So he has to decide what he wants with the relationship within the timeline you set for him.

If everything else fails, show him the consequence of his indecision

The sooner a lady can realize that a particular relationship is not in her best interest, the sooner she can learn to walk out of the relationship and make herself available for other potential guys to see her.

A decision has to be made, it is either you make it for yourself or you allow others to make the decision for you. So, if he continues to be indecisive, then you’ve got to make your decision to move on.

If you love this article, don’t forget to share it using any of the social networking icons below.