How Giving Up Argument with Your Partner Can Benefit Your Relationship

It happens everywhere in all relationship and there is no way this issue can be overlooked. How long do you have to argue and argue with your significant other and not making headway? Everyone of us is guilty of this, because we simply want to be right, we tend to argue the louder and the more we do that, the worse the situation we get but we sometimes don’t take a look at it and come to understand that, trying to win argument at all time will not do us any good if we really want to build a fulfilling and happy relationship that will be the envy of people around us. 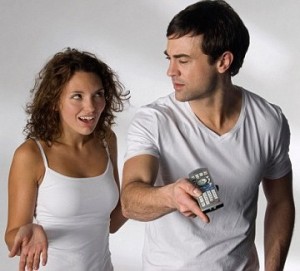 Thing couldn’t have gotten worse for many couples if one party back off from their argument but instead  the arguments revolve around one party thinking they’re “right” and the other party not willing to let go of what they think is right. In fact, both parties need to back off.

Though, sometimes you may have a valid point and your partner doesn’t seem to understand your standing point. You should learn how to cede the argument and maybe bringing it up sometimes again when you both can take a fresh look into the issues.

Many made the mistake of thinking that giving up your point in argument with your partner is a clear indication that they are not being heard by their partners and they will rather sit back and not argue with their partner at all. Those that conceived that erroneous believe never enjoy their relationship and they will not enjoy it until they change. In fact, believing like that is just like writing a letter to relationship wreck. You must bring on your point; no matter how hard headed your partner seem to be.

Would you rather be in a happy relationship where you give so much respect to your partner, even if you may rarely differ with them? Or would you rather be in a relationship that does not give you happiness where you know you’re always right, no matter what? Well! It all depend on the priority you’ve set before yourself, if being “right” is more important to you than your partner’s happiness, then perhaps you have not found the right partner.