Men! Men! Men! Does the world revolve around them? In as much as we are all humans, I believe both men and women are complex but in this article, you’ll discover five hard truths about men.

In relationships, both men and women go through challenges and experiences as a result of their makeup which is not their fault.

One thing people should know is that men and women are wired differently and so react differently to situations and circumstances.

I believe if this is understood by all then maybe relationships would be better.

If women were given the opportunity to ask certain questions, I am very sure some questions would be:

As a woman if these questions go through your mind, you are not wrong to feel this way; it only takes a bit of understanding to know how men think and act.

The five hard truths about men you should know are:

One thing you should know is that all men have ego and they do not joke about it.

Their ego makes them act the way they do so I don’t think women should blame men for their actions.

All you need to understand is the reason behind the things they do. The strength men have lies in their ego and that is just how they have been created.

This is why you will notice that whether a man is poor or rich, one thing that stands out for him is his ego and despite his situation, he still acts tough and strong for all to see. 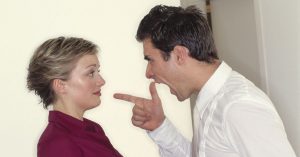 This is one of the five hard truths about men you should know about as a woman. A man will always want to prove that he is a man even though he may be wrong at some things.

Often times, men do not like to listen when women speak because they feel their opinion is the best. They may even shut you up if you dare proffer any suggestion to a problem and I am sure a lot of women will attest to this fact.

Men love to show their sovereignty over women in almost all situations and I have come to notice that in their domineering nature, they always tend to bend or succumb to what women say much later.

How many women agree with me on this fact? Of all the five hard truths about men, I think I love this fact about men more.

This is because in as much as men try to show they are all powerful, if you search their inner mind they are like babies.

Sometimes their actions would show you that this fact is true and real. You will notice that if a man gets angry at you because of something you did or if he disputes your opinion on something you are right about, he later realizes he is at fault and apologizes.

If a woman goes to the market, cooks the meal, serves the man food, and washes the dishes, they don’t make a big fuss out of what they have done right?

But if a man attempts to do any of these chores and succeeds, he expects you to worship the ground he treads on. To him, he has done or achieved something extra ordinary and he expects you to praise and thank him.

Another scenario would be when a man wants to be intimate with you and starts acting like he is a school boy. At this time, it is sometimes hard to believe that he is the same person who was acting all macho.

Men are not that emotional: 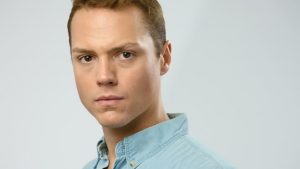 Women are more emotional than men this is why they react more to things than men do.

Men are more serious minded and reason logically than women do.

Men do not talk as much as women do: 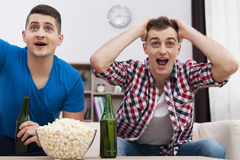 If a man wants to explain something to you, he doesn’t give too much detail.

He goes straight to the point and leaves it at that and the only time you’ll see him talk so much is probably during his favourite sport.

I am sure I have done justice to these five hard truths about men.

What other hard truths do you know about men? Do share as we are itching to know.