Ebube Nwagbo one of the popular nollywood actress which has really done well for herself in the moving industry for over 10 years now. She also own a thriving hair line business branded Posh Hair. But with all these her fame, she is still single and searching, don’t judge her by her facebook profile which shows that she is engaged but judge her base on the current happening in her lifeDespite the actress’ flawless beauty and talent, it was heartbreaking for her watching her ex-boyfriend Kingsley Okonkwo of the KC Presh walk down the aisle with another woman. 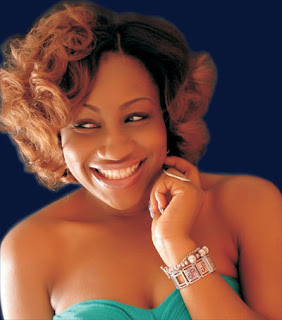 But contrary to general opinion, Nwagbo is not bitter about the experience. She says, “I feel no bitterness. I strongly believe there is a man for every woman. The fact that he married another woman simply means we were not meant for each other. I congratulated him and we are still friends till date.”
The actress describes herself as a victim of a phobia for female artistes among African men. “A typical African man hardly understands nor fully supports his spouse in entertainment. Most parents nowadays don’t want their sons to marry an actress or female musician because of the fear that they would make bad wives and mothers. Personally, I’ve been a victim. With the kind of roles I play in films, I don’t know how many men will be ready to cope with me. But this is my life,” she says.
However, Nwagbo is currently immersed in the production of her first film, Smile Again. The cast of the movie includes Chioma Chukwuka, Jibola Dabo, Ebere Okoro, Chita Agwu, and others.
Handled by award-winning director Ikechukwu Odife, the flick was shot in locations around Asaba, Delta State.