You want to get into relationship and now you’ve found a guy that seems to have everything you desire in a man. However, deep inside of you, you’re still skeptical about him being the real man that is meant for you but no one else. 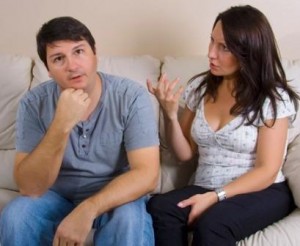 As your relationship progresses, chances are there are some things, that seems not to be what you expected in a guy that will be yours but you’re now getting to know them in his character. And again if his passion for the relationship is dwindling, maybe he not that much into you anymore but you still think things will work out for both of you.

Yes, it is possible for things to work out for both of you, considering that you’re coming from different background or upbringing; you’ll need to tolerate one another and see how things work out. But no matter how much ability to tolerate things ordinarily you can’t accept, there will be a limit to your tolerance.

And this is where you need to be on the lookout for some of these early signs of a bad boyfriend he may be portraying in the relationship. The most common signs that he’s not much into you in that relationship is the unnecessary anger, he’s getting rude and mean, and distancing himself from you.

So, check out some of these signs too if present and decide your fate if you’ll still want to be in that relationship

When your guy begins to be manipulating in his character, he’s wanting to control your life and advice you on what to do and what not to do. That is a pure sign that he’s not much into you anymore and it is a sign that depicts you need to think about your future in that relationship. So watch out for this, if found, then take the necessary step that will salvage your life.

All blames are for you

Even when he made mistake, he will still blame you for things you know not about. All his shortcomings and frustrations are always link to you, you are their causes. He just doesn’t want to tell you that he’s not into you anymore but want you to see the handwriting on the wall for yourself. Are you still contemplating to stay or to leave that relationship? I think the sign is obvious.

Your family and your friends, he doesn’t get along with them

If a guy really needs you to be in a long term relationship with him, it will not take him long before asking you to take him to your family and friends. But when he’s not getting along with them, he does not even want to meet them even if you try to make it happen. You might just be wasting your time with him; he has shown you enough bad boyfriend sign for you to think about it.

Seem to be too busy and have little time for you

Although, it is understandable that some guys are workaholic, they love their job more than anything else but when the issue of relationship comes in, they somehow find way to create enough chances to be with their lover and have better communication. If he’s not making out time for you both to see and talk more about how your relationship can progresses, then he’s not going to be in that relationship for long term. He can’t be yours and you can’t be he’s, so, think about it, and take the necessary step to help yourself.

Disrespecting your, he has become a liar when there is no reason at all to do so, he becomes selfish, blow hot and cold, and can’t even apologize for his wrong doing.

Hmnnnn! These are signs of bad boyfriend habit you need to watch for in your relationship with any guy and decide where to place yourself.

Do you like what you’ve just read now? If you do, please do share it by using any of social media icons below. Thank you.