For those who are feeling a little lonely, dating sites can offer an exciting chance to break free and find a suitable partner. That enthusiasm sometimes blinds new dating site users to the problems that often plague this kind of activity. 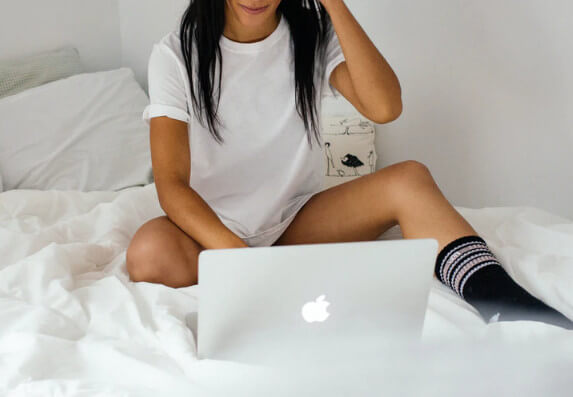 Online dating through websites like https://www.chatrooms.org.au/ can bring great rewards and has helped many people to find love and happiness. At the same time, the expectations of new users will often be quite different from reality.

Some Dates Will Not Work Out For You

Before you attempt to make that first match, you need to be aware of the fact that some dates just won’t work out for you. Some people are just incompatible, and it isn’t always about what you did right or what you did wrong.

For instance, some people are only looking for people that have the same religion as themselves. If you don’t fit that bill, it won’t matter how skillfully you woo that person. Instead of viewing this as a personal failing, you should just view it as a normal thing.

It is very hard to predict whether two people will hit it off or not. Obviously, common interests are a good place to start, as these will at least give you something about which to talk.

Common opinions and beliefs are also very important for the avoidance of excessive conflict. Some people choose to use the Zodiac, but this probably isn’t the right way to go. Random actions tend to produce random results.

It Takes More Time Than You Think

Many people are attracted to the idea of online dating by the idea of a quick and convenient solution. The intro pages of these sites will make it sound as if finding the love of your life is the easiest thing in the world.

Obviously, they do this for marketing purposes, so be careful that you don’t buy the hype. Finding the perfect mate is not (and should not be) a quick and easy project.

To be fair, we should mention that it is easier to meet people on these apps, but that doesn’t remove the need for proper filtration. You will always have to sort the “good” from the “bad,” and that usually isn’t a quick process. It also takes time to develop strong emotional bonds with another person, and these things cannot be forced. Don’t fall into the trick of thinking that you can find true love on day one because that just isn’t usually how it works.

It Will Make You Picky

Most people tend to be a lot pickier when it comes to online dating than they would ever be face-to-face. Part of this comes down to the fact that it’s easier to be confident when you’re online.

When scrolling through tons and tons of relatively attractive people, it is easy to tell yourself that you should be able to land one of the best.

This enhanced pickiness, which tends to result from extended use of online dating, can be both a good thing and a bad thing. On the one hand, it can help you to build your confidence by interacting with people who you might normally consider to be “out of your league.”

On the other hand, it can cause you to overlook some excellent prospects just because of some slightly bad optics.

Most People Lie On Their Online Dating Profiles

In the end, we have to apply the old wisdom and say “caveat emptor,” meaning “let the buyer beware.” This is an old-fashioned way of saying that you should always be skeptical of anyone who is attempting to sell something…particularly if that “something” is themselves.

There have actually been scientific studies that have proven that most people lie on their dating profiles. However, most of these lies tend to be very minor, so there is no need to be excessively paranoid.

Just understand this: a profile that looks too good to be true is very likely to be untrue. Most liars do not have enough sense to limit their lies, and so they will give themselves away through overblown exaggeration.

These are just a few examples of the major differences that tend to exist between perception and reality on dating sites. We hope that we haven’t given you an excessively gloomy picture, because there really are a lot of opportunities out there.

However, every jewel is found in the rough, and we encourage you to look deeper than the surface when judging the worth of your potential companions. We thank you for reading our work, and we invite you to come back and join us again soon.