I have seen dozens of people suffering from cancer over the years, and one cannot compare the pain that comes with it to anything else in this world.

In my four decades in this world, I have seen my friends and relatives struggle with different conditions ranging from my sister’s breast cancer to that small tumor that was in the brain of one of my aunts.

However, I have never stopped to think about the emotional burden of these conditions on the victims and their families. 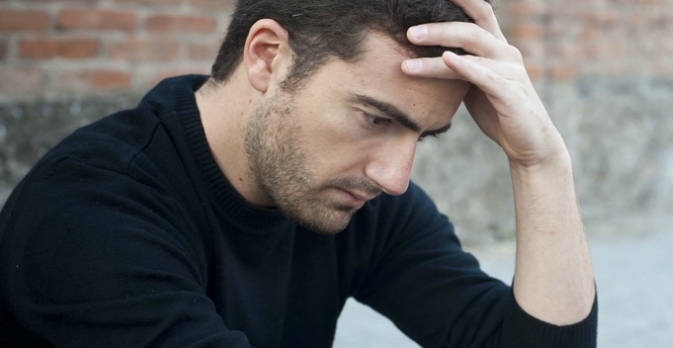 A few years ago I was diagnosed with CLL (Chronic Lymphocytic Leukemia) which starts from some cells in the bone marrow. Just like with all types of cancers it comes with all the pain that you can imagine but what most people will not talk about is the emotional burden that comes with these kinds of diseases.

Some days after the diagnosis I was back to the hospital for some additional tests and to get a treatment plan. Everything went smooth from the tests to the different opinions from the doctors on how best to deal with the condition.

However, I will not bore you with all the details concerning my diagnosis and treatment because my story is all about the emotional burden that cancer has on families and how it can destroy them.

At first, the typical big fears that come with the disease were the reasons for my sleepless nights. By then my youngest kid was only two years old, and my greatest fear was how he would face the world without a father in case I did not overcome the disease.

However, the thought that his mother is a strong woman and the fact that he has two older siblings to look up to gave me some hope and eased my fears.

The bills kept on coming, and I could already see some red flags even before I could start of chemotherapy, and this is more so given the fact that we had already begun using some of the kid’s college savings.

A few months down the line everything was just about the hospital and so, in short, all my family’s attention was focused on me. My wife was only now working with one thing in mind, my hospital bills.

She loves me so much, and I have never doubted that. But, dealing with cancer is emotionally draining. And this is more so when you are working for more than 12 hours a day, but you have nothing to show for it because all the money was going towards the bills.

And to make things worse, my wife did not even have time for the kids because she was always working and when she was at home she had endless chores to do.

As much as she did not want to say it, I could tell from her looks, and the secret crying session’s in the bathroom late at night that she wished things could be different. She is a strong woman, but my cancer was destroying her and draining all her strength.

I was not doing that bad physically, and the treatments were working but my wife of 20 years was going south emotionally, and she was almost reaching her breaking point.

Six months after my diagnosis my worst fears came to pass. The love of my life was in the early stages of depression, and she had to start sessions with a psychiatrist. Now our young family had two things to deal with but I blame it all on my cancer.

As if all this was not enough silence started creeping into our home. The kids were always busy with their school work and being teenagers, and so nobody had time for the other. In the bedroom, things were not different, and the effortless communication that existed was dying slowly.

If it was not about the hospital or what the kids needed, then there was only silence. We became so emotionally disconnected that I even forgot my wife’s birthday which to date I still cannot explain how and why.

Internalizing one’s worries is one of the greatest mistakes that one can ever make in a relationship. I had my sufferings that came with leukemia and my wife also had her fair portion dealing with depression and having to perform the role of both parents.

However, the biggest mistake was each of us trying to internalize our worries. Every time you get lost in your world with your fears to protect your spouse you are only pushing her away and creating a rift that may take a long time to repair.

I wanted to believe that my kids were okay as school kept them busy and they also had friends to hang out with during their free time. I was very wrong. Kids know and understand much more than we parents think, and they have a way of hiding it all.

I used to play soccer with my son in our backyard, but my sickness meant that I did not have the strength to kick the ball. Our football sessions were our bonding times, and we used to talk about different things but ever since we stopped playing, we started growing apart.

In fact, a few months after my diagnosis my son threw away all his soccer gear. He said the reason was that he did not make the team but my son was too good not to and so he probably just decided to quit.

The story is also almost similar with my daughter who was thirteen then. My little girl had been friends with the daughter of one of our neighbors since they were three but they were no longer friends.

The reason being her friend’s negative comment about people leaving with cancer and she was not willing to apologize. Yes, she was just a teenager with attitude, but if I did not have cancer, she would probably not care about what her friends said.

If I were to choose between taking away the suffering and the pain that I have been dealing with over the years due to my condition or the emotional burden that it has had on my family, I would choose the latter without even thinking twice.

Cancer might be the worsts disease that can inflict a person but most of the time we focus a lot on its physical pain and forget the emotional burden that it has on our families.

I am getting better, and I have learned to leave with my condition, and the treatment that I get is God sent, and this is more so given the fact that we can now afford it.

However, the emotional effects will take many years to cure but am very hopeful. Am not sure how long I have to leave or whether I will ever be back to my old self, but one thing that I know is that I will not let it affect my family.

Sick or not sick life must go on, and my wife and kids deserve to live a normal and happy life free of all the emotional burdens. In all my remaining days in this world, I will never let my ailment define my life or that of my family.

My name is Jane Collins, a main editor at g9sleeptight.com. I narrated by my husband story and what happened in our family. Hope it will be meaningful to your life.