Skip to content
With few days to go now for the Calabar festival, Mr Nzan Ugbe the SA event management has release the programmed schedule for the 31 days event in Calabar Cross River State of Nigeria. The entertaining programme will kick start this Friday.
According to Mr Nzan Ugbe, he said topping the list of international and local musicians and entertainer that are expected to perform live at the festival are the R & B and hip hop recording artist, Akon and legendary South African trumpeter, composer and singer, Hugh Masekela at the 2012 Calabar Festival. 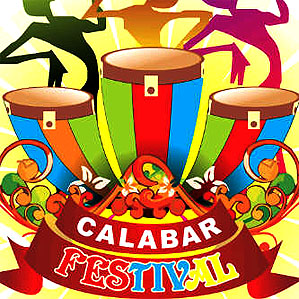 This will be the second time Akon  will be performing at the Calabar Festival, Akon who owns and manages two successful record labels, convict Muzik and Kon Live Distribution.
Nigerian’s biggest star will be expected to showcase therir talents once again at the festival, stars which include: 2 Face, MI, Ice Prince, P-Square, Wizkid, J Martins and Naeto C are also billed to perform during the 31 – day event.
Other local acts that will grace the festival are; Timaya, Duncan Mighty, Ruggedman, Wande Coal, Iyanya, Nigg a Raw,Flavour and the Azonto exponent, Sakordie from Ghana.
Speaking Music Genres, Jazz music lovers have also been catered for by the organizers of the Festival they lined up Jonathan Butler, Kunle Ayo and Moses Philips to perform at the Jazz in Paradise segment of the festival.
What about the wonderful and energetic Nigerian Comedian? They are not left out in this year Calabar Festival 2013, such comedians that are ready to put smiles on the faces of Nigerian once more despite the problem being face by Nigerian includes I Go Die, Klint de Drunk, Shirman, Julius Agwu, Gordons, Akpororo, MC Mbakara, Prof. Aboki, White Nigerian, Last Prophet,  Headmaster, Whokes and Robert Ekpo.
For the Calabar praise Night, the list of artists is no less impressive as respected acts like Sammy Okposo,Hope Davies, Sinach, Sabina, Ohen de prophet, Kingsley Agbor and Godswill Daniel.
The festival will also witness the commissioning of a cinema, where the movie; streets of Calabar will premiere.
There will also be the Festival of Arts and Craft, golf and football matches, the selection of a new Calabar Carnival Queen and the Green concert among other new additions to the yearly event.
0
0
0
0
0