Beyonce has quashed the rumours that she is pregnant, labeling those who started them ‘low lives’. 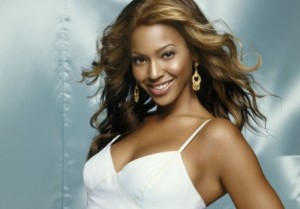 Beyoncé is obviously feeling totally frustrated by all the talk of her personal life and took to her Istagram page to address the issue head on.

The 31 year old posted the below message to her fans which reads:[sws_blockquote_endquote align=”left” cite=”” quotestyle=”style05″] I can’t stop the rumors from starting, and I can’t really change peoples minds who believe them, all I can do is sit back and laugh at these low life people who have nothing better to do than talk about me. [/sws_blockquote_endquote]

Er, what you looking at us for?

However, the post was later myseteriously deleted and we haven’t heard a peep from Bey since.

Despite her denial, the evidence is still mounting with about a million ‘very good’ sources saying that she does indeed have another bun in the oven.

Plus the fact that the superstar did wear a suspiciously tummy camouflaging gown to the Met gala and was forced to cancel a show in Antwerp due to ‘dehydration’. *raises eyebrow* 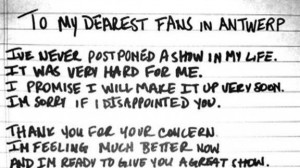 Beyonce has openly said in the past that she would ‘like more children’ and company for baby Blue Ivy. However, until the lady is ready to tell us herself we are saying no more. OMG Yahoo