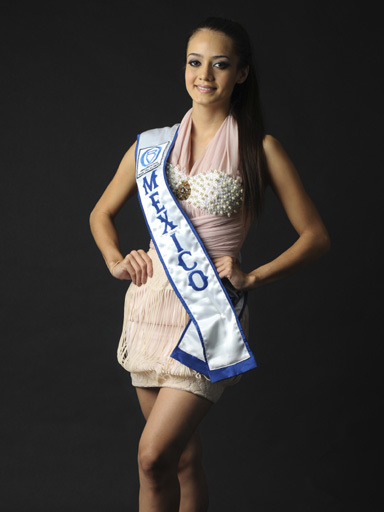 The body of Maria Susana Flores Gamez was found lying near an assault rifle on a rural road in a mountainous area in the state of Sinaloa, home to Mexico’s most powerful drug cartel, said state prosecutor Marco Antonio Higuera. It was unclear if she used the weapon. “She was with the gang of criminals, but we cannot say whether she participated in the shootout,” state Higuera said. “That’s what we’re going to have to investigate.”
This is the third instances in which a beauty queen or pageant contestant has been linked to drug gang in Mexico. First was Miss Sinaloa Laura Zunigawas stripped of her 2008 crown in the Hispanoamerican Queen pageant after she was detained on suspicion of drug and weapons violations. She was later released without charges. The second instance was in 2011, when a Colombian former model and pageant contestant was detained along with an accused drug trafficker and murder suspect. She was also later released.
The Beauty Queen killed was enrolled in media courses at a local university, and had been modelling and in pageants since at least 2009. Higuera said her body was turned over to relatives for burial. CBS News