There are also those who do not know how to let her down without necessarily hurting her feelings.

When you break up with your girlfriend, of course she is bound to feel bad but there are ways to break up with her so she doesn’t feel too bad.

So if you are wondering how to make this move, here are the different ways to break up with her:

Be sincere with her: 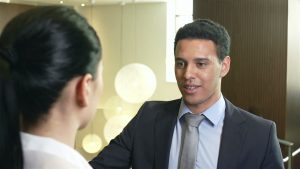 I believe any woman will appreciate a man who is honest with her even though he wants to break up with her.

Though painful she will prefer you tell her the reason you are breaking up with her rather than telling her lies.

Some guys think telling a lady lies will be much easier for her to accept the break up than telling her the truth.

But being sincere with her is one of the best ways to go about it.

Go straight to the point:

Some guys form a habit of telling lots of stories and anecdotes before saying what they want.

In order to ease her off tension, just tell her outright that you are breaking up with her.

You will do her a lot of good using this approach.

Ask her how she feels about the relationship:

One of the ways to break up with her is to ask her view on the relationship.

Once you hear her own side, you can then let her know how you feel. 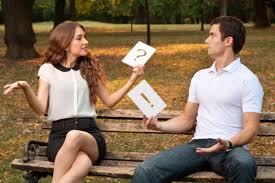 During a break up, she might have lots of questions for you. She might want to know why you are doing this and what she has done wrong.

In times like this, all she wants is a closure. So what you can do is to give her the honest answers she deserves.

Even though you do not love her again, you should not also forget the good times you spent together.

She deserves to be treated nicely at this point because she will be very emotional.

One of the ways to break up with her is to actually make her feel really important.

Don’t make her feel like she is no longer important to you simply because you are letting her go.

If you treat her any worse, you’ll make her feel more worse than she already feels.

Let her realise that it is something you really need to do without sounding offensive.

Some people go as far as saying harsh things to her just so they can make their point known.

Put yourself in her shoes in order to understand how she really feels before acting out.

Let your timing be right:

There really is no best time to break up with your girlfriend and so you need to ascertain when you can do so.

Do not do it when she is not in a good mood but wait for when she is cheerful before breaking up with her.

It is not as if it would make it any easier for her but her disposition at that point would be much better.

These are all ways to break up with her so she doesn’t feel so bad.

Mind you, she may react differently to any of these approaches but at least you would have done it the best way you could.

In what other ways have you broken up with your girlfriend in time past?