In relationships, been played by a guy is not a very nice thing to experience but I have come to discover that it is sometimes inevitable. At some point in your life, you must have experienced one or more forms of being played, right?

A lot of times so many ladies get played by guys without them even knowing. Some are smart enough to discover this while others have a hard way actually knowing that they have been played by a guy.

How possible is it to know when you have been played by a guy? Are there usually tell tale signs that reveal this? The answer is yes if you are observant.

Some ways to know you have been played by a guy are:

His calls will reduce: 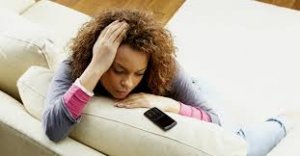 One thing I have noticed about some guys is that when they want to get something from you, they do all they can to win your heart and then abandon you because they no longer need you.

In other to know you have been played by a guy, you will discover that the rate at which he calls you will diminish. If he used to call you five times a day, it would have reduced to one or two and gradually drop totally.

His affection towards you will decline:

If you are been played by a guy, you will discover that his affection for you will decline and his show of love will not be as it used to be. If he used to be very loving, he will start acting as if you are just friends and not lovers.

This should not even be hard for you to notice because when a guy falls out of love with a lady, it is very easy to see it and since ladies are emotional beings, when they don’t get affection, they know.

He will be distant from you: 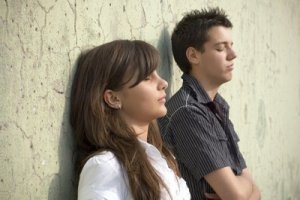 If you have been played by a guy, he will keep his distance from you and engage himself in other things rather than spend time with you. He will be distant from you not only physically but also emotionally.

He will be full of excuses:

A guy who has played you will always make up excuses and stories just so he will not be with you. He will try to convince you that he is pre occupied with important things so you can see reasons why you are not together.

He will be so quick to justify his actions so you won’t find him guilty of anything.

He will no longer consider you important in his life:

If you have been played by a guy, he will no longer see you as an important part of his life and this will be evident in the way he relates with you.

His actions, expressions and the way he behaves around you will be enough to prove to you that you have been played.

He will no longer reveal things to you but will start keeping secrets from you.

He will lie to you:

Telling lies will be a norm for the guy who is playing you and as such he will find it very comfortable feeding you with lies so you can believe him.

He may not want anything to do with you again:

If you have been played by a guy, he will want to do away with everything concerning you so in as much as his calls, affection and love declines gradually, it will get to a point that all of that will stop finally.

He will let go of you and move on with his life because he no longer needs you in his life.

These are therefore some of the signs for you to know that you have been played by a guy and if you have ever experienced this, you will know that it is very painful to feel this or go through this.