Have you ever been in a position where you like a guy but he never seems to like you back, even with all the signs you’re giving him, he never get the hints. Everyone got preferences; your choice may not be their choice.

I’m sure nearly all girls would have been in this position before, and many feel disappointed because, the guys they like never reciprocate such likeness back. Is he confuse or there’s something going on in his head that blind him from seeing all the subtle signs you’ve been giving out. 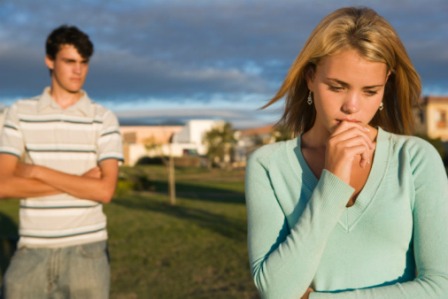 But it will do you a lot better, if you know the reasons why he doesn’t like you back and this may help you when you show interest to other guys and if they are not reciprocating it, you can easily move on, without wasting your time with anyone who is not ready for you.

You’re not his preference

Lot of things really happen that you may not be aware of, if you’re not the type of a girl a guy want to date, there is no amount of signs you show that he will reciprocate it. If you can understand this, it will help avoid trying so hard to be noticed.

You’re not sexually attracted to him

People talk about inner beauty, behaviour and background where the girl is coming from, although all of these are good to determine if the girl is going to be a good wife,  but the fact still remain, attraction in the first place will bring the guy closer to you before he get to know more about who you actually are. So, if you’re not sexually attracted to him, he won’t give you the chance to get over his head where he will begin to think about you.

His attention has been taken away by another girl

Sometimes, the guy you like and trying to show lots of hints for him to grasp is not available. His attention is with another girl who he has fallen in love with. It is not that you’re not good enough for him in this kind of scenario, but he doesn’t want to betray his loyalty to the other girl who he has professed his love to. There’s nothing you can do here as far as he’s satisfied with the other girl, you best option is to look elsewhere.

He has already placed you in his friend zone.

The guy you’re trying so hard to impress and to make him consider you as a potential partner has already placed you in the friendship zone. He does not want to break that friendship bond and this is the reason why he ignores your signs, it is not that he’s not seeing all the signs, but he loves the friendship bonding with you rather than the romantic bonding.

You make yourself too easily available for him

Guys love the chase, when you make yourself too easily available for him without him doing much of the chasing game; he may consider you being too clinging. This obsessive clinginess will further push him away. Create some scarcity and don’t make yourself easily available for him, let him crave for your presence and desire you more if you want him to like you back, just as the way you like him.

He’s not ready for any relationship now

As much as you like him and he too likes you but not as much as you wanted. He’s not making any move as to suggest that he really like you to that extent that can give you some hope that he’s going to like you as much as you like him. There might even be possible that, he has just broken up from one relationship and the hurt of a broken relationship is still hunting him, thereby making his heart close against any girls, no matter how beautiful and sexy they look.

The reasons why a guy does not like you are actually many, but these aforementioned 7 reasons above will give you a pointer as per why any guy may not like you, just as the way you want them to like you.

You don’t have to beat yourself down about this; you just have to move on. There are many other guys out there waiting to like you exactly the way you want guys to like you and develop some romantic interested in you.