17 Coldplay Songs for Your Wedding

Since breaking out at the turn of the millennium, Coldplay has become a colossal force to be reckoned with in recorded music. The British rock band has sold 90 million records, 15 million of them in the US alone. So popular are they that the stock of EMI plummeted when the band deferred the release of their 2005 album X&Y.

It’s all in the songs, it seems. Coldplay has a knack for melodies that make people tick, a pulse on lyrics that strike a chord with listeners.

It also helps that they have affable personas. They never pretended to be the caustically cool band that smashes their guitars onstage or disdains their fans. It’s also no small measure that frontman Chris Martin was once married to a movie star, Gwyneth Paltrow. 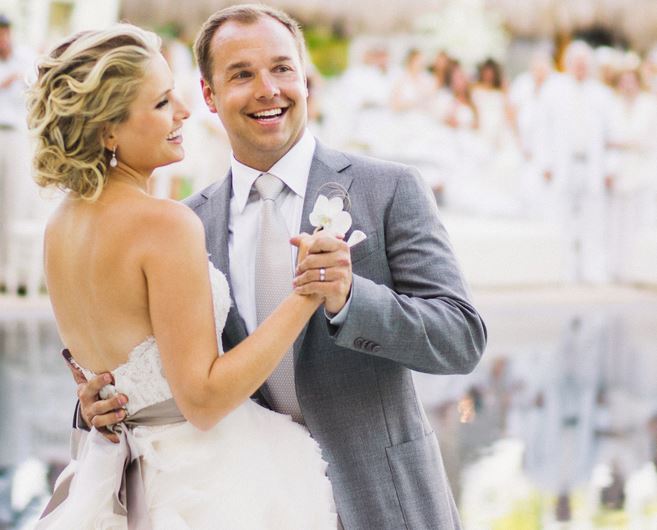 Coldplay can sing songs about the human condition without sounding high-handed like U2. Ever wondered why Coldplay is a ubiquity in the repertoires of wedding bands? Apparently there are love songs, and then there are Coldplay love songs. Chris and Gwyn may have consciously uncoupled, but that hasn’t stopped people from relating to the band’s romantic write-ups.

Warm your lawfully wedded hearts with the following Coldplay songs:

“Look at the stars / Look how they shine for you…” Countless brides have walked to the altar to this song, the band’s first and most famous hit. It may be too mushy for its own good, but it really works. You can’t help but fall in love with this song again and again: a great analogy to apply to any marriage.

“A Sky Full of Stars”

What could be better than telling a significant other to see how the stars shine for her? Telling her that she is the starry sky itself, that’s what. From 2000’s “Yellow” to 2014’s “…Stars,” Coldplay has truly come full circle. In hindsight, we never thought the day would come when Coldplay releases an EDM single.

NFL player Tony Romo abortively used this song for his wedding video, and you can’t blame him for trying. “Fix You,” from X&Y, has probably soundtracked more weddings than “Candle in the Wind” has soundtracked funerals.  Incidentally, the song is reportedly Chris’ words of solace to Gwyneth grieving for her father. Giving words of comfort and a shoulder to cry on—isn’t that what good husbands do?

This song, the third single off Mylo Xyloto, was written by Chris in his daughter’s doll house. Start your family—if you haven’t already—on the right foot by playing this at your wedding.

“My song is love,” Chris sings upfront in this cut from X&Y. By this point, you should realise that all of X&Y should be in your wedding playlist. It was, after all, the first Coldplay studio album to come out since Chris married Gwyneth.

There’s a good chance you’re going to get married to someone with eyes of jade or cyan. This will be your processional song then. Actually, this song took inspiration from Coldplay guitarist Jonny Buckland, who has the most gorgeous green eyes.

“Can you hear my heart beating? Can you hear that sound?” Chris asks in this viable candidate for a wedding processional. Think about it: The altar is the centre of gravity if you turn the aisle upright. From this perspective, your bride is simply falling toward and for you.

Little is known about this song except that it’s a B-side to “Speed of Sound” and it features these giddiness-inducing lines: “I’m covered in you. If I ever want proof, I find it in you.” P.S. Proof is also the title of a Gwyneth Paltrow movie.

Anybody who loves someone more than a gorgeous blue sky is truly in love. The ninth track in Viva La Vida or Death And All His Friends, “Strawberry Swing” is highly recommended for the wedding party entrance.

“Us Against the World”

This is Coldplay’s choice cut for the star-crossed couple, if the title is anything to go by. “Through chaos,” you’re going to make it together, forever.

“God Put a Smile Upon Your Face”

Although the song looks theistic from its title, it actually struggles with doubt. Basically it’s telling listeners to appreciate the here and now, which is as good as any advice to newlyweds. This is a fine song to play at cocktail hour.

As the story goes, Chris conceived this song after trying to work on a George Harrison song with an out-of-tune piano. It would go on to become one of the band’s biggest smashes and get featured in one movie/TV show after another. The song is basically Chris being in awe of the power of love, how mathematical mumbo-jumbos “do not speak as loud as (the) heart.”

“Every Teardrop is a Waterfall”

“My heart is beating and my pulses start / Cathedrals in my heart.” Chris is probably describing a church wedding. Exultant and celebratory, “Every Teardrop…” is great material for a recessional.

“Up With the Birds”

This is the closing track to Mylo Xyloto, and the band was right to save it for last. It sounds very hopeful, very uplifting, like the dawning of a new era. A great theme for a prenuptial video.

This had been slated as a duet with the legendary Johnny Cash before he passed. “For you I’d wait ’til kingdom come”—Johnny himself could have pledged this troth to his beloved June. This song would be used later in The Amazing Spiderman.

“Reign of Love” is actually the latter portion of the bouncy song “Lovers in Japan,” the fifth track in Viva La Vida…  It’s probably the closest thing to a straight-up wedding song that Coldplay has ever penned. You could almost imagine Kate Middleton marching down the aisle to this spellbinding piece of music.

What’s your ideal Coldplay song for a wedding? Sound off in the comments below.